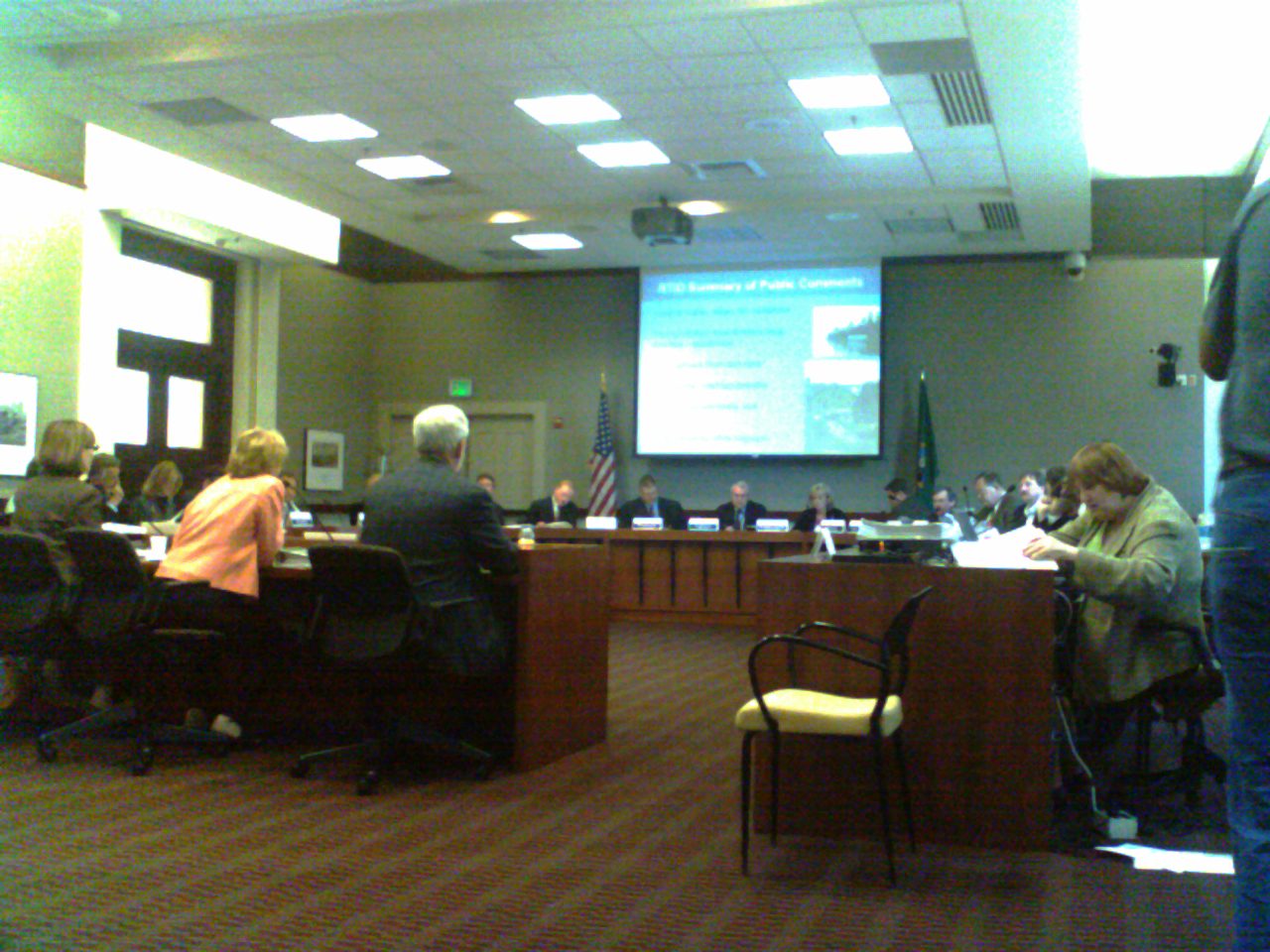 I’m at the RTID meeting this morning, and it looks like an agreement was reached last night to avoid a potential showdown over the Cross Base Highway. An compromise amendment was just passed unanimously. Sounds like people were up until the wee hours of the night last night figuring it out.

The compromise involves a mediation process, to start in January 2009, to mitigate the environmental impacts of the CBH and $105m in additional funds. The decision, more or less, “kicks the can down the road.” Everyone agrees not to sue until after the mediation process has completed, but doesn’t waive their right to do so afterward.

Update 2: Okay, I finally got my hands on the official talking points: more money for SR167, a Tacoma Mall Access project, and funding for congestion relief on SR410 and SR162. Meanwhile, the mediation process on the CBH will move forward, including a host of local municipalities, the state, the military, and various environmental groups. So yeah: can kicked down the road.

Pierce County Councilman Shawn Bunney seems to have threaded the needle almost perfectly on this one, saving the RTID from what could have been a costly distraction.

Update 3: David Wickert at the TNT has the full story, indicating that the environmental groups are on board with the measure.