I just got back from a weekend in San Diego, and I have to say, it was really spectacular. I’d been there once as a little kid, but not since. Balboa Park is one of the best city parks I’ve ever seen: 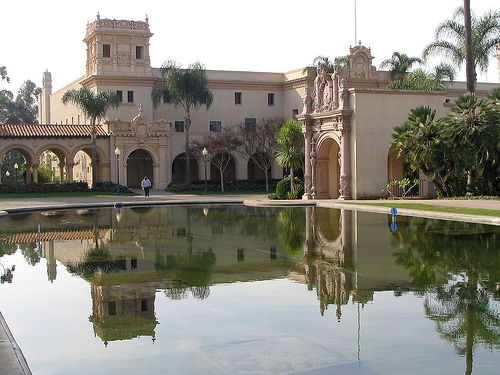 Oh, and I caught sight of the Sprinter, San Diego’s DMU commuter rail: 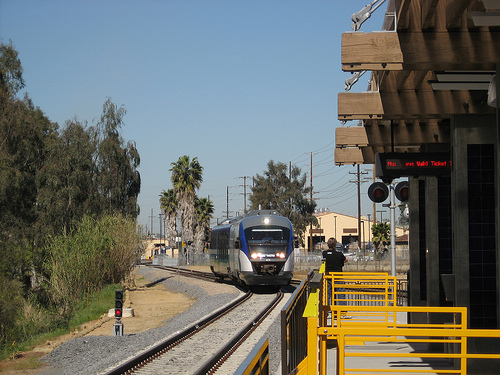 One nice thing about an area like that — not unlike Seattle — is that you have a relatively well-developed coastline, with a rail right-of-way running right down it. And since it’s prime coastal beach real estate, the population density around the little downs is actually fairly high. Add to this the super-nice weather that makes it easy to bike or walk to the station, and you have the makings of a pretty decent transit system.

Don’t get me wrong, I realize that SoCal is still very auto-dependent, but it’s a good start.

Photos by Flickr users chrisclark and ericharmatz used under a Creative Commons license.