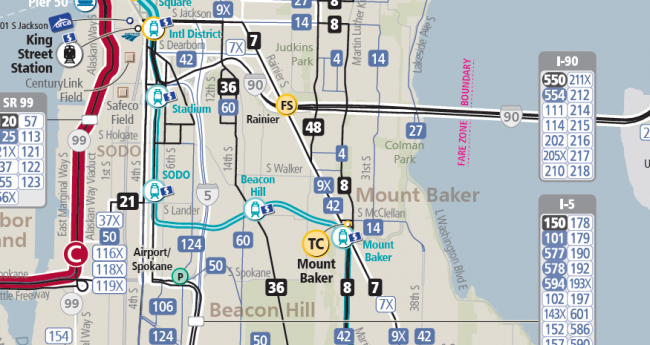 To cap a week of pleasant surprises from Metro, the agency unveiled its new system map yesterday – and it’s beautiful, split into five overlapping components for greater clarity. Many readers will geek out on this for hours; I know I will.

I expect people will split over whether geographic accuracy was the right choice, instead of systemic clarity, but I think it was unavoidable.*

What’s great about it?

What nitpicks are there?

What are your impressions?

*Within the next week you should see Oran’s latest shot at a schematic map of frequent Seattle transit service.