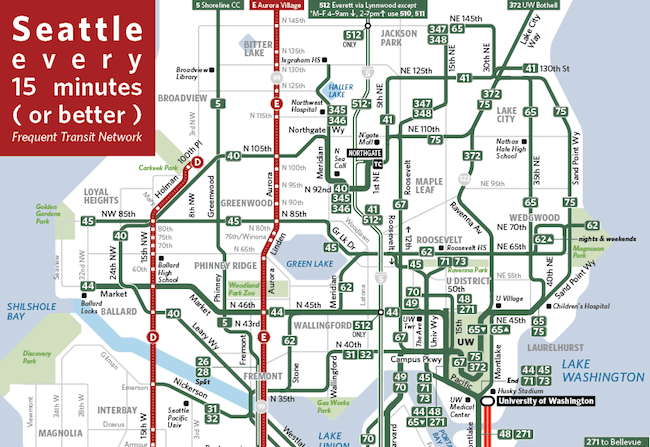 This is the update to my Seattle Frequent Transit Map that reflects the big Fall 2012 Metro service change. It presents a general overview of transit service in the city of Seattle that operates every 15 minutes or better during weekdays, from 6 am to 6 pm. Also included on the back is an evening frequent service map.

While the map retains its mostly monochromatic look from the previous edition, there are a few improvements:

Your questions and comments are welcome.