I dig the new format of the Sound Transit monthly ridership reports: 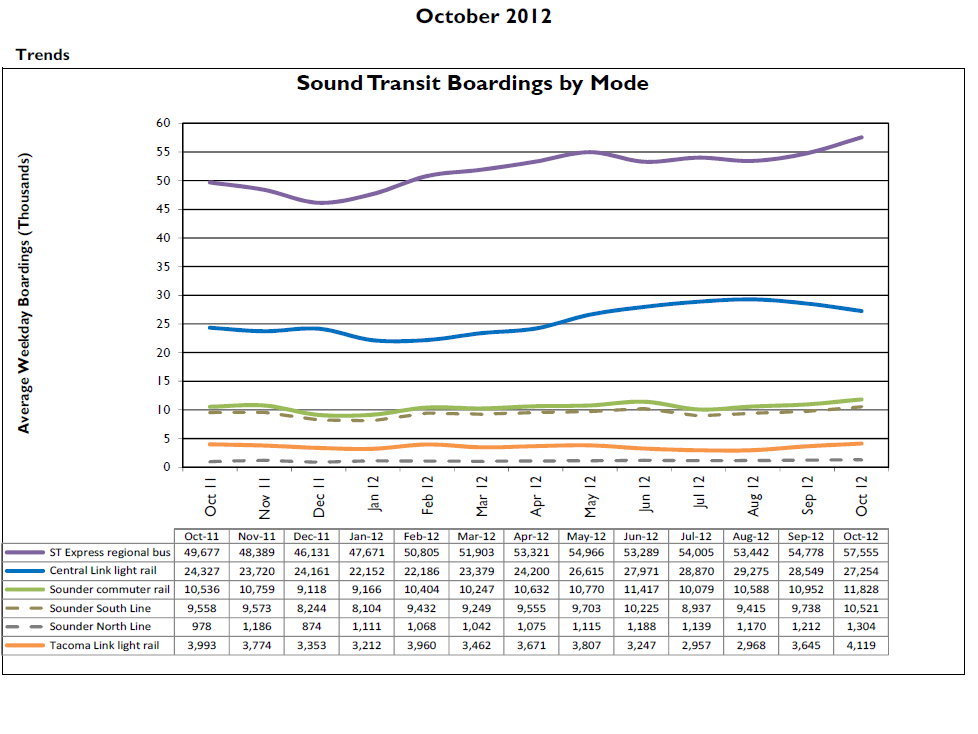