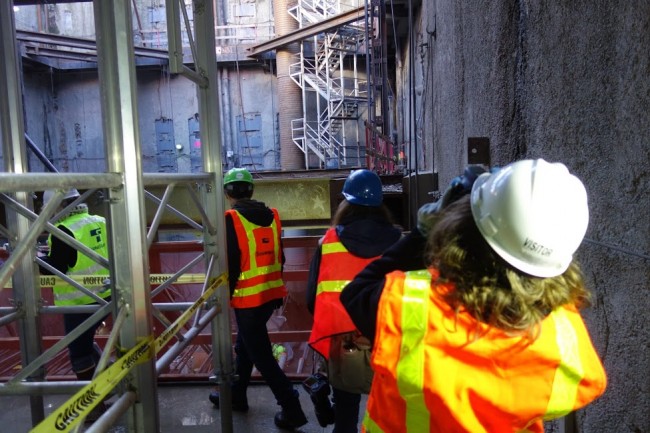 Yesterday, Sound Transit invited local media to visit the construction site of the forthcoming University of Washington station. By 2016, University Link project will be complete, and this station will become the north terminus of Link for about five years, until the opening of the North Link project. The station is currently about 50% complete, and the overall project about 60%; by summer, the contractors will have laid rails all way from the Pine Street Stub Tunnel to this station. You can see cross-sections and renderings of the finished project at the University Link Document Library.

Click on the picture above to see the photos I took. Thanks to Sound Transit for inviting us!

54 Replies to “Nine Stories Beneath the Ground”