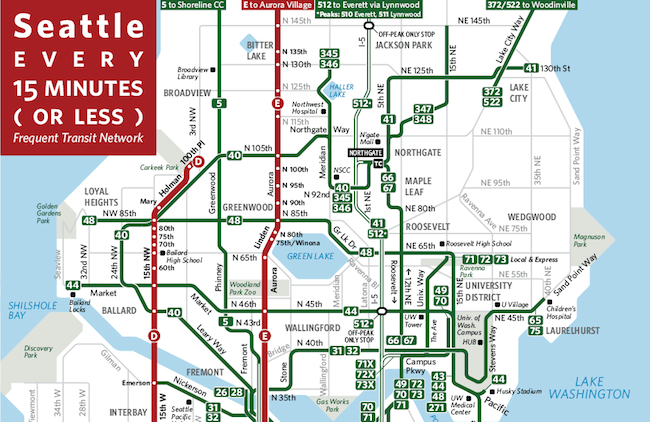 The Seattle Frequent Transit Map has been updated to reflect the Metro service changes taking effect this Saturday, February 15. The biggest service change is replacement of Route 358 with the RapidRide E Line that adds a new line to the evening frequent service map. There are minor design tweaks aiming to improve the clarity of route intersections. Thanks to Aleks for the suggestions.