I first created my charts and started writing these reports a year and a half ago.  Back then I set the upper limit for my growth chart at 16%.  At the time it seemed pretty reasonable.  In the fall of 2013, the most Link had ever grown from one year to next was 15% and at any time the growth rate would have to level off to the ‘mature rate’ of 2-3%.  Well I was wrong.  Unlike every other system in North America, Link has somehow not only managed to keep up double digit growth into its 4th year of operation, but Link’s growth is actually accelerating.  Last December I had to bump the top of the chart up to 18%, now I have to extend the upper limit to 20%.  True, there was a little event back in February that impacted the numbers, but even taking that day out Link was still in double digits.  At this pace Link is trending to catch up to its original projections even with the Great Recession severely impacting ridership in the short term.

February’s Central Link Weekday/Saturday/Sunday boardings were 30,250/18,805/14,474, growth of 19.2%, 4.4%, and 11.9% respectively over February 2013. Sounder’s weekday boardings were up 11.2% with ridership increasing on both the North and South lines.  Total Tacoma Link ridership was down 7.6% with weekday ridership declining 6.3%. Weekday ST Express ridership was up 7.4%, with most growth occurring on East King and Pierce County routes. Complete February Ridership Summary here>

Yes, you read that correctly.  By February Link had already met its projected YEARLY ridership growth for 2014.

As mentioned last post, February’s report not only has the pages of cool charts from January’s report but also a short analysis/context blurb for each chart.  Well worth checking out.  My charts below the fold. 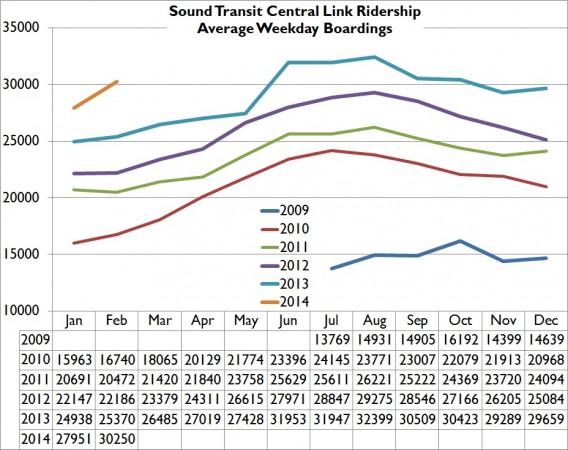 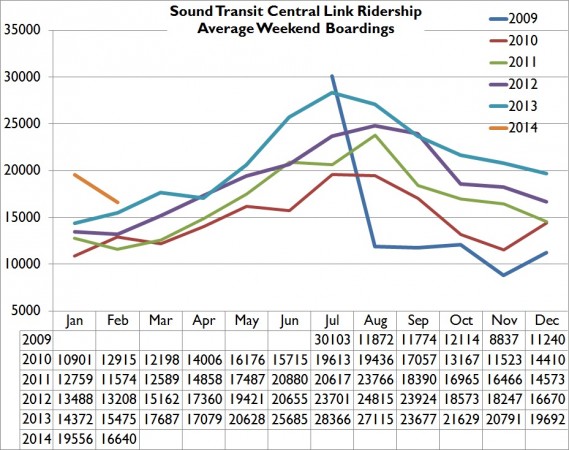 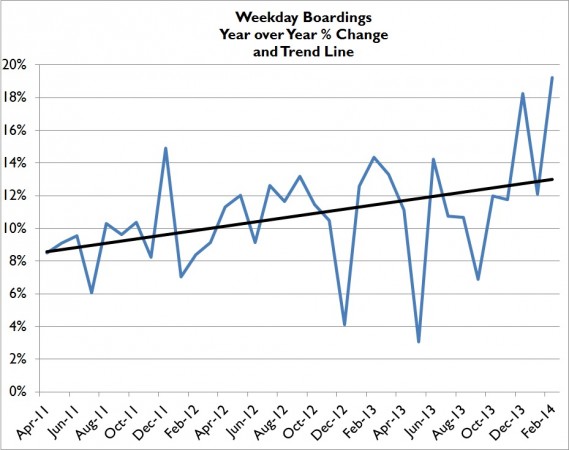 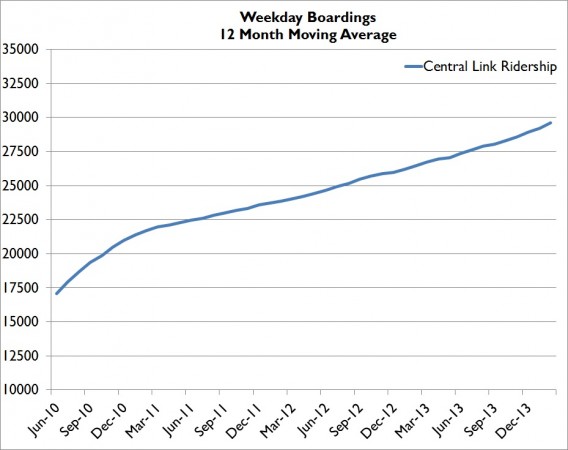