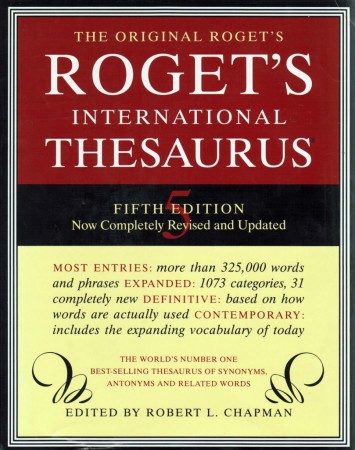 Seriously, I am about to run out of superlatives to describe Link’s growth. I realize it’s probably gotten a bit boring for most of you, but please try and keep in mind that what has been happening the last three years is simply unheard of. No line has ever been about to go into its fifth year still recording double digit growth.

Even odder, the growth is increasing.

Last month I told you that Link had already met its daily monthly ridership goal for 2014. Now it looks like Link will reach its 2015 goal by the fall of this year.

As I’ve been saying all year, go look at the actual report. Lots of great stuff in this new format and much more information than in my post.  My charts below the fold. 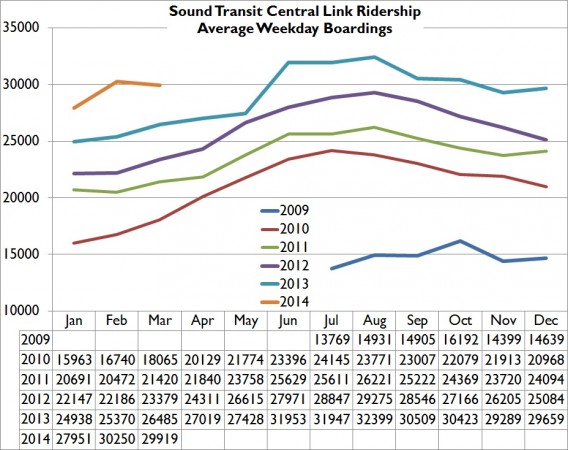 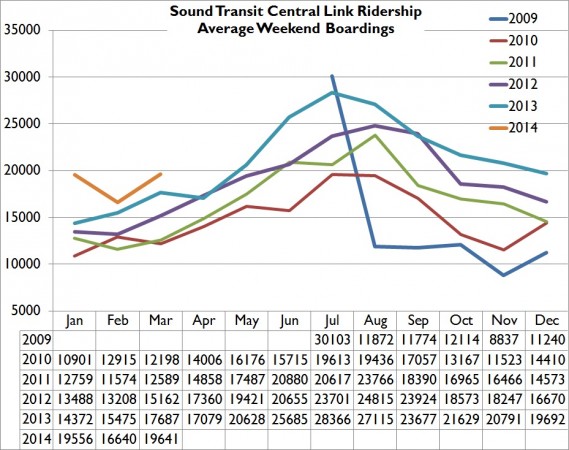 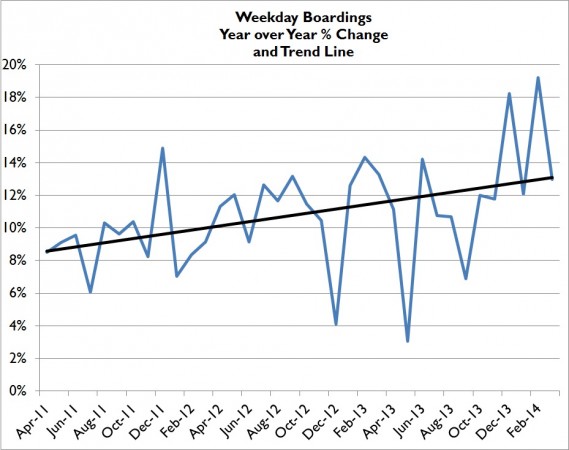 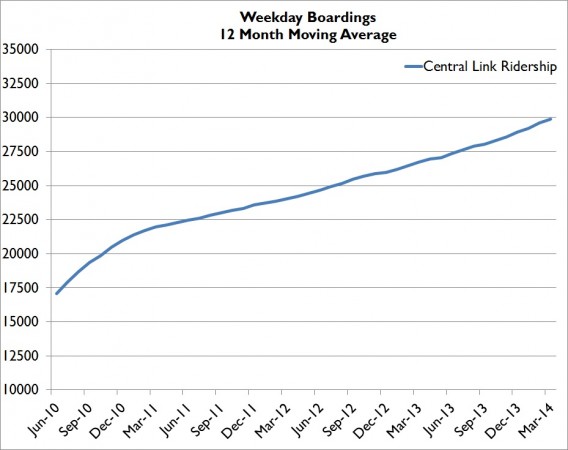 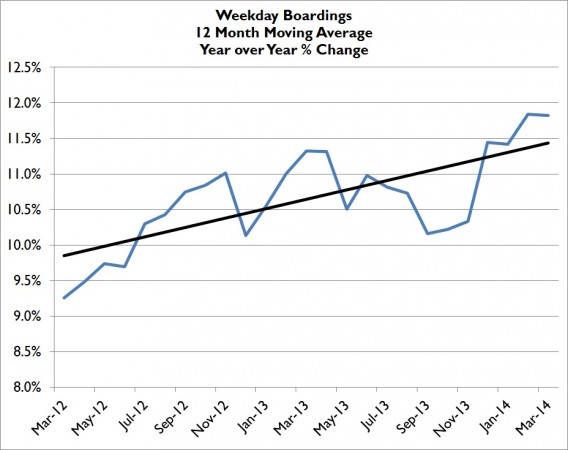