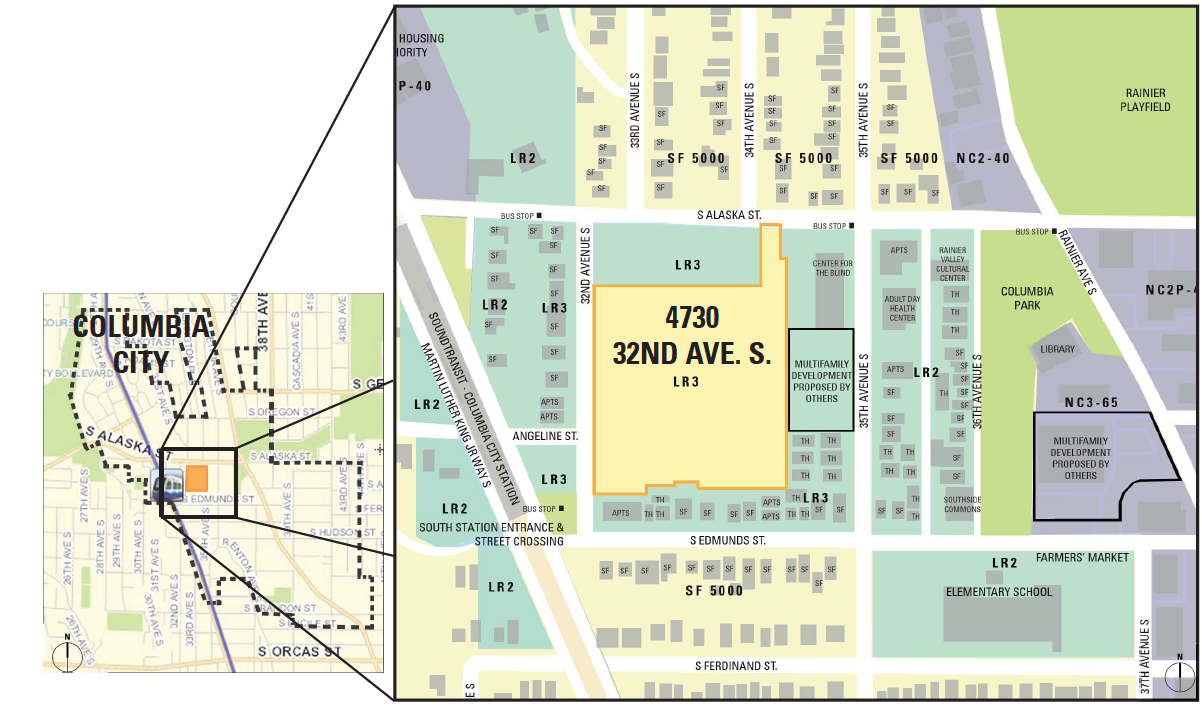 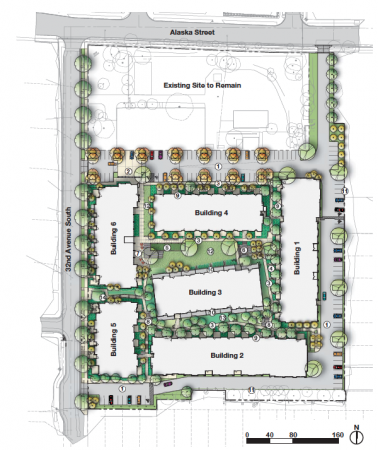 “With Columbia City, we looked to see a balance between working for sustainability and conforming to the demands of rent,” Weber said. “We understood early on that there simply is a market to be in for parking spaces.”

Weber added that there are no expectations of empty parking spaces in the apartment buildings.

“Even though the project is next to a light rail station, people living that far from the city center have the expectation of using a car,” Weber said. “While we all like the idea of working toward an automobile-free society, the apartment simply won’t be rented out if there aren’t any parking spaces.”

Rob O’Dea, president of Barracuda M.A.D., another firm that also helped design the project, said said that the project’s zoning didn’t necessarily pose constraints, but ensuring the development design was respectful of both the character of the adjacent existing single-family homes and the future evolution of the neighborhood was critical.

“The site’s proximity to the light rail station influenced every aspect of its development,” O’Dea said.

Earlier in the year, after receiving public comments to encourage better pedestrian-vehicle separation and safety for the adjacent 32nd Ave driveway/sidewalk interface, O’Day said he and his firm looked to ensure that the apartment site would accommodate pedestrians well.

“This included appropriate site porosity for residents moving from within to the adjacent light rail station,” O’Day said. “Pedestrian traffic to the downtown Columbia City core was encouraged along the traditional sidewalk grid. This ensures activation of the sidewalks and reduces the probability of petty crime opportunities that historically were a problem in the area.”

O’Dea stressed that he and his partnering firms worked hard to deliver a design that anticipated the future development of the immediate neighborhood, and particularly of the MLK corridor.

“[We] included creating a site plan that ensures the remaining and yet undeveloped portion of our land to the north can be molded to best serve the community in its future use,” O’Dea said. “We are very excited to begin contemplating what exactly that phase will hold.”

As an aside during my interview with him, O’Dea added that one of the other major challenge his team faced during the early stages of the project was making sure they were accommodating the Zion Prep School, a private elementary school that is currently occupying the apartment site.

“The school knew the property was for sale and would be redeveloped, yet had not planned their move,” O’Dea said through email. “We ended up extending their lease at no cost to the school to accommodate an extra academic year. This provided the school time to find a new location with minimal disruption the children or academic calendar.”

75 Replies to “Columbia City Developers Believe They Need the Parking”