Once again, the STB editorial board is considering its endorsements for the November election. If you have any recommendations in non-obvious races or ballot measures anywhere in the Puget Sound region, please share them in the comments.

As always, the board only evaluates the candidates’ positions on transit and land use, so limit your comments to those issues. Furthermore, links go much farther than unsubstantiated assertions.

Route 132 has long been one of King County Metro’s most circuitous neighborhood milk-run routes. Since Link opened, route 132 has undergone several changes, including moving up to half-hourly all-day frequency, and changing its southern terminus to Burien Transit Center.

Whenever it was suggested that route 132 be re-routed to serve Tukwila International Boulevard Station, a couple of major hurdles stood in the way. One was the continuing portion of the route south of Burien TC, which has since become part of route 166. The other hurdle was a major trip generator, the Navos Clinic at 1010 S 146th St., or, to be more accurate, the clinic formerly at that address. Now, the site is just a pasture with a stormwater detention pond.

Perhaps the stretch of Waller Creek along Des Moines Memorial Way from S 128th to S 144th, the series of stormwater ponds along S 144th St / S 144th Way / S 146th St, the pocket park at the top of the hill on S 146th, and that one block of single-family homes which are well within the walkshed of route 131 on 1st Ave S are not the best place to use scarce service hours.

Very few people would lose service if route 132 is re-routed to serve Des Moines Memorial Way from South Park down to S 128th St, then S 128th over to Military Rd S, and then Military Rd S, S 144th, and Tukwila International Boulevard down to the train station. Many would gain significant connectivity to South King County and beyond.

Last month I asked when Link’s ridership was going to slow down. Hope you didn’t pick August, because Link grew a whopping 21% in that month!

My charts below the fold. END_OF_DOCUMENT_TOKEN_TO_BE_REPLACED

Given the broad regional enthusiasm for transit expansion, the real question is why wouldn’t the legislature support the region’s request to tax itself to provide adequate transit? The answer is a statistically relevant national trend going back over 130 years of data: rural district measures are nearly twice as likely to pass state legislatures than urban ones. In Washington, conventional wisdom is that rural and suburban legislators (who today are mostly Republicans) will hold the Puget Sound region’s needs hostage to a transportation package that they may or may not be interested in passing, as happened during the prior term.

The legislators who take this position ignore the fact that the state rises or sinks as a whole (as does our budget). For example, what will it take to get all of the Pierce County delegation (relatively split between Democrats and Republicans) to vote as a block in favor of the transit expansion so vital to Tacoma and Pierce County? They will likely expect funding for the $2 billion completion of SR167 to the Port of Tacoma in exchange for the right of Sound Transit district residents to choose to tax themselves. But, shockingly, not even that may be enough for legislators to allow the fastest growing big city in the country to keep its economy–and the state’s tax rolls–humming.

A business with a cash cow would ensure enough investment so that it could power the business for years into the future. As far as state budgets go, that cash cow is the Seattle metropolitan region area comprised of King, Pierce and Snohomish counties. This metro region—home to half the state’s population—is the source of 75% of the state’s $381 billion in economic output in 2013 with all the tax revenues that go with such an intensity of people, goods, and services.

For this reason, the metro area is a net contributor to the state’s tax rolls.  King County specifically only got back 62¢ for every $1 in taxes it generated the state in 2011. Lack of alternatives to congestion is killing productivity (due to car drivers’ 37 hours per year spent stuck in traffic) and limiting job growth. Sound Transit’s service area includes 80% of the population of the three-county area, as well as an overwhelming proportion of the economic output of the area and the state. Preventing investment to keep the region moving undermines the metro economy and therefore the tax collections that help power the rest of the state.

In addition to the indirect importance of the Puget Sound’s transportation on the state budget, there is a more direct argument. Sound Transit impacts two areas directly. First, it has employed 100,000 people—mostly in the construction industry—to build a system that will likely last us 100 years. Secondly, Sound Transit pays sales tax on its capital projects directly into the state general fund.  That money comes from taxes Sound Transit collects only from the urban parts of King, Pierce and Snohomish counties.  This is not an insignificant sum. The state gets an average of $63 million per year from 2014 to 2023 inclusive, for a total of over half a billion dollars over ten years. By authorizing Sound Transit to build more, the state would actually be directly collecting a percentage as general fund tax revenue. ST3 could easily increase state revenues by $30 million or more per year once ST3 capital projects were in the execution phase.

Monday is the deadline to register to vote, something you can do online. Beyond the vote on Seattle funding more Metro service hours, November’s ballot will decide many seats in the legislature, which will shape the prospects for Sound Transit 3 and many other priorities for transit and urbanism. Make sure you’re registered! 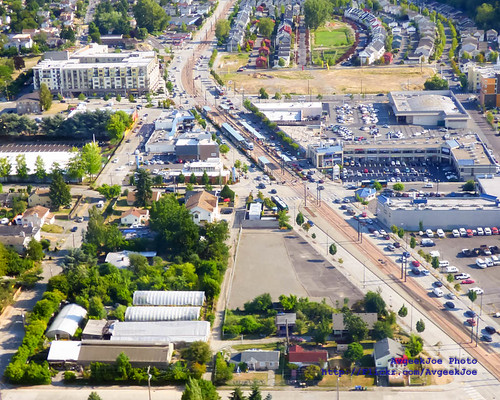 Last week, the Puget Sound Regional Council (PSRC) Executive Board turned their attention to Sound Transit’s decennial update to the Long Range Plan (LRP). The board expressed surprising unanimity for getting a Sound Transit 3 funding package on the ballot in 2016, but was aware of the significant obstacles to such a commonsense effort.

A presentation by ST staff opened the conversation with scientific surveys outlining overwhelming public eagerness for additional bus and rail system expansion within the ST district. Staff then informed the PSRC (and the Sound Transit Board later in the day) of additional study corridors following the LRP comment period. These options included new HCT study corridors in Pierce County, a commitment to examine a Sand Point Crossing in North King subarea, a rail extension from Issaquah to Issaquah Highlands, and some additional bus corridors throughout the region.

Because increased authority for new Sound Transit projects requires legislative approval, our rapidly growing region may find itself politically blocked in Olympia.  For various reasons, unity of city and county leaders in the region is essential to getting ST3 on the ballot in 2016, but might not be sufficient. To vote on and grow our system beyond the 50 miles of Link already funded, it may take private citizens from both dense and less dense parts of the region to make this a reality.

END_OF_DOCUMENT_TOKEN_TO_BE_REPLACED

There’s much we still don’t know about Metro’s finances and future service levels: Will county sales tax revenues continue to increase? Will the reduction in Metro’s reserves cover next year’s gap in funds? Will Metro go ahead with some of the much-needed network restructures, particularly in northeast Seattle, Kirkland, and south King County? But, whatever the answers to those questions, it does seem certain now that the effect of Prop 1 will overwhelmingly be to expand service in Seattle.

Because that’s a good thing, and I want, at last, to talk about some unambiguously good news, and because I can’t let Frank have all the fun with the Buzzfeed-inspired listicles, here are nine major service improvements (as distinct from capital investments) which, if Prop 1 passes, Seattle could make immediately after money started coming in. All of these ideas require no capital improvements, no new buses, no network changes, no public process, and no coordination with any cities or agencies other than King County Metro, but every single one of them would make Seattle a measurably easier place to live car-free, because all-day and evening frequency is your freedom to move around the city without a car.

There are, of course, many other improvements that could be made, and I’m aware that this list neglects several important segments of the city. The list above is just a taste of the things that can be done immediately: improvements in other parts of the city will require more homework, and possibly capital work, network changes, or public outreach. But, I want to inject some simplicity into a convoluted debate: Seattle needs more service on core, frequent routes, and Prop 1 could buy us lots of that. Here’s what we can start with.

Monday afternoon, the County Council voted to table an ordinance incorporating the February 2015 Metro cuts recently proposed by an ad hoc committee of County Executive Dow Constantine and a few Councilmembers.  The Council’s decision has the effect of postponing the 2015 cuts indefinitely.  Without further action, Metro will continue to operate the same network it operates today, with this week’s cuts remaining in place.

The Council’s action was surprising because it approved the February cuts in principle just two months ago.  That resulted from a compromise between a Council faction led by Councilmember Rod Dembowski, who sought in June to postpone all of the cuts except for this week’s, and Constantine, who doggedly insisted that all but a few of the cuts remained necessary despite higher forecast revenues.

A couple of things have changed since July, though.  First, King County’s Office of Economic and Financial Analysis (OEFA), which is independent of either the Executive or the Council, released a new forecast with a significant increase in projected sales-tax revenue.  Second, Constantine released his 2015-16 proposed budget, which substantially reduced the number of hours that needed to be cut — although it continued to treat the February cuts, along with another small future round of cuts, as necessary.

Yesterday afternoon, I caught up with both Dembowski and Metro General Manager Kevin Desmond by phone.  Each was gracious, knowledgeable, and willing to talk about the situation in substantive detail.  Their answers revealed a real philosophical divide about how to manage potential risks to the Metro system, and helped clarify a situation which those who follow Metro (including all STB staffers) have found very confusing.  I’ll present a summary of each view below the jump.

First, though, I should provide a bit of background that’s necessary to understand either one.  Twice before, Metro has been affected by funding crises at times when it had promised to expand.  In 2000, the combined effect of Tim Eyman’s Initiative 695, which eliminated Metro’s permanent motor-vehicle excise tax (MVET) funding, and that year’s “dot-com” recession resulted in a failure to implement 400,000 hours of new service which had been promised to riders in the late 1990s.  Again in 2006, Metro promised nearly 600,000 hours of new service through the voter-approved “Transit Now” sales-tax increase, and again Metro found itself using the revenue to backfill existing service instead when the Great Recession hit.