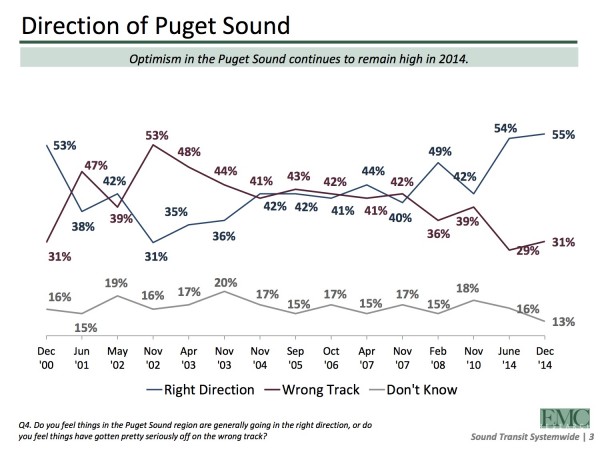 EMC Research conducted a poll in December on Sound Transit and the region’s appetite for more mass transit. The results are overwhelmingly positive for transit supporters. Some highlights:

Hopefully these numbers will boost efforts to secure funding authority this transportation session.  PubliCola has more coverage from the ST board meeting.

87 Replies to “Everyone Loves Sound Transit”