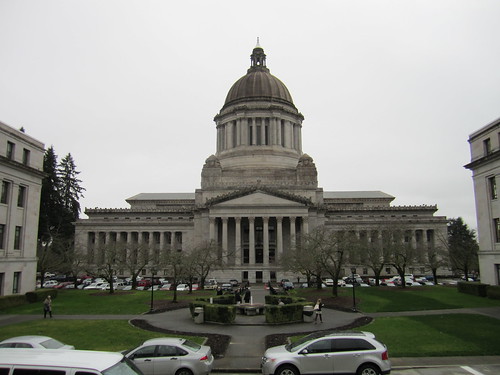 Disclaimer: This commentary is solely the views of the author and not of STB as a whole. This commentary was started and now modified for the Senate Bipartisan proposal released 12 Feb. 2015. Nor is this commentary restricted to one transit agency… so with that, read on!

Second, as I’ve editorialized in the past, Republicans can and should find a way to embrace transit.  By doing so Republicans manage better limited transportation dollars for congestion relief and remain relevant with Millennials for starters.

So to hear from The Urbanist that Rep. Ed Orcutt was a yes vote on Community Transit’s local option bill HB 1393 to pass out of committee was a relief.  Apparently after listening to his “pithy & succinct” – to quote the late Rick Epting, my community college journalism professor – comments on TVW, Rep. Orcutt understands the alternative is direct state support of mass transit via Transit Operating Support as documented in this graph which is a nonstarter for many Republicans.  In the words of State Senator Curtis King, state direct support of county-level transit agencies like Pierce Transit would be a “black hole that we will never, ever fill“.

Okay so what have Republicans proposed as an alternative to direct state aid to transit in the recent past and presently?  Grants and also now local options with voter approval.  To quote Rep. Orcutt’s speech, “I really believe that transit should be done locally and those decisions should be done locally.”

What does this strategy result in regards to helping county level transit agencies?  Let’s parse the Republican strategy by prongs – and to spare your e-mails there’s a bit of a jump as you can just click on the post title to read the details:

Ultimately, in the final analysis, the State Senate bipartisan proposal on transportation is imperfect.  It’s biggest flaw is that it disproportionately funds roads, it continues a flawed grants process and while gas taxes go up without a vote of the people, transit taxes will have to face voters in a general election.  Where is the ideological consistency in that?

I agree with an e-mailed statement from Transportation Choices, “Washington State continues to focus too much funding on highway expansion without a clear plan to adequately address the safety and maintenance of our existing highway network.  We need to  put more of our transportation dollars into critical safety and maintenance projects.”  This too is lacking in a State Senate proposal according to TVW that has spread out over 15 years (FY 2016 to FY 2031):

So $32.4 annually on average for transit grants and $540 million annually on average for new roads with a case only for a few of the projects listed like the 520 Bridge.  Not to mention a nice wad of new money to Washington State Ferries (WSF) – an agency that doesn’t exactly inspire confidence – without any reforms of WSF such as competitive bidding of new ferries, putting WSF on a fare freeze, the like…