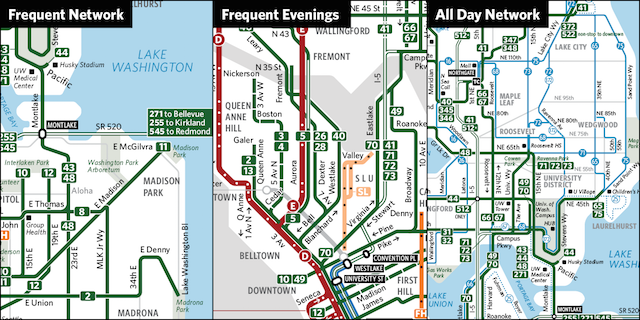 This June and September, transit riders in Seattle will see exciting improvements to their bus service, with better frequency and reliability, day and night, on weekdays and weekends. I have created maps that show the frequent transit network (PDF) as of this September. The improvements are sourced from the Prop 1 service contract which David summarized route-by-route last month that was approved on Tuesday. The maps are based on my current frequent transit map that you can use to compare differences with the September maps. What’s new and different with the maps?

The most significant change over the present is the evening frequent network, that is the collection of routes running every 15 minutes until at least 10 pm. Many of the routes already on the map gain frequent evening service every day of the week. The 2, 5, 10, 12, 40, 41, and 66/67 in Capitol Hill and North Seattle join the frequent evening club. RapidRide C and D lines will run every 15 minutes until midnight. The expansion of evening service is sure to attract many new transit rides from current and first-time riders. 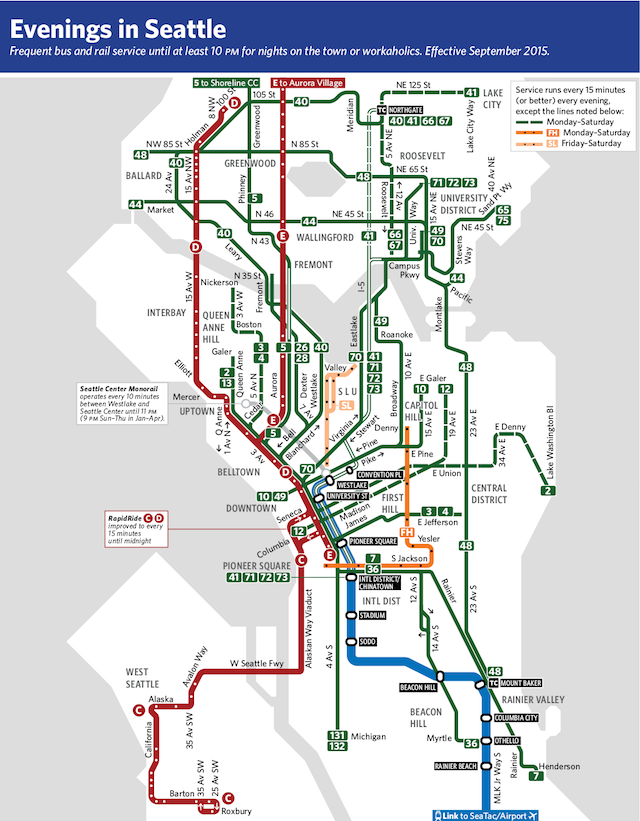 I included the Seattle Center Monorail on the evening map because it runs every 10 minutes until 11 pm. With some form of fare integration, more people will choose it as the fastest way to get from Seattle Center to Westlake (and beyond).

Route 11 to Madison Park and the First Hill Streetcar are the only new additions to the daytime frequent network map. While the map does not show it, there are routes that will get all day service better than every 15 minutes. I reformatted the guide on the right to be easier to read. 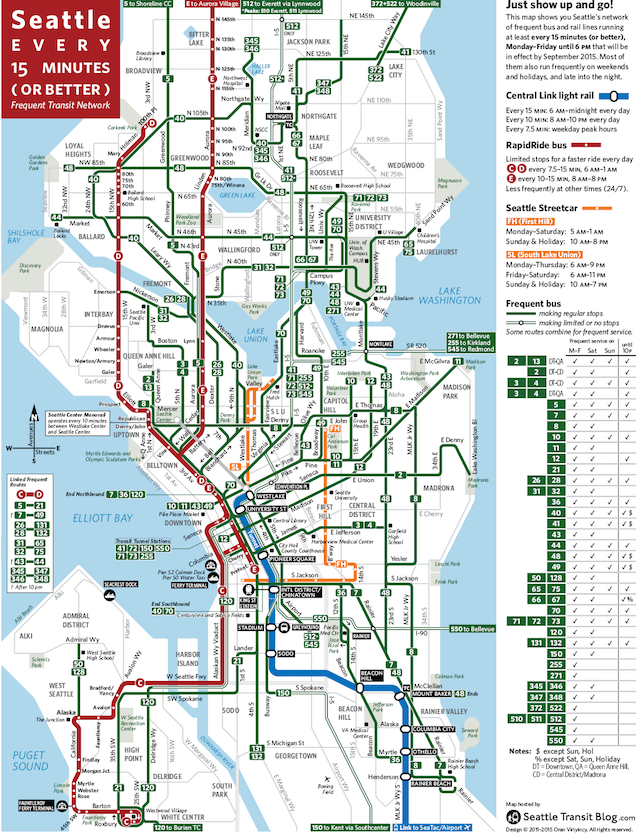 As a bonus, I have created a version of the map that features the all day network together with the frequent network. Prop 1 funds restoration of all day service to routes 25, 27, and 47 as well as more service on less frequent routes. The original map was not designed to have all this information packed on it so the text can be a bit small but I am using this to test the concept of a more general Seattle transit map without drawing a new map from scratch. If you like it, let me know and I might develop it further. 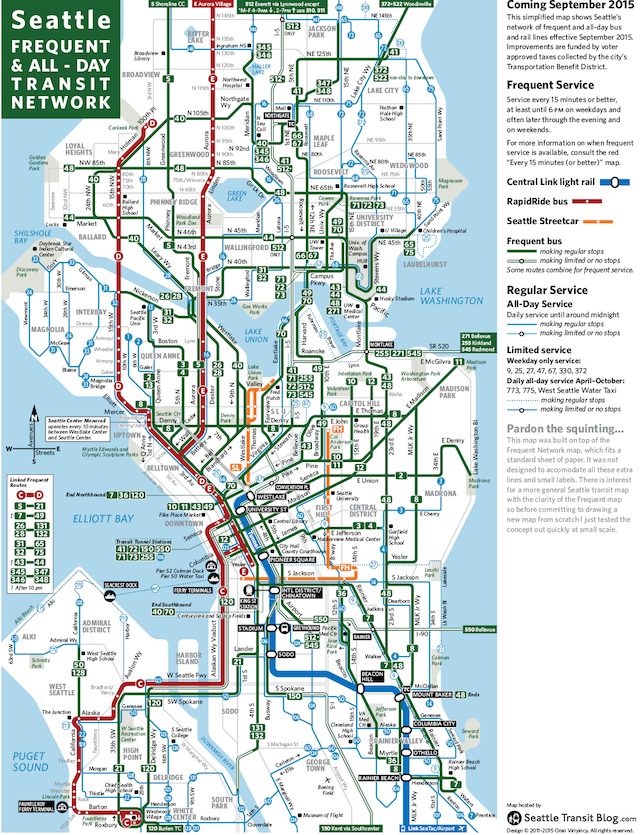 The “official” edition of my frequent transit map will be updated when the service changes take effect in June and September. Comments on the maps here will be considered for incorporation into the final edition of the maps.