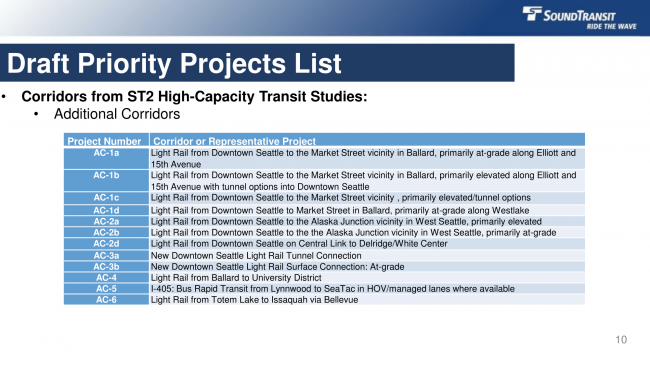 At Thursday’s Sound Transit Executive Committee meeting, the staff presented its proposal for the draft project list for Sound Transit 3.  The board will amend and approve this draft list at this month’s meeting and there will be public comment all summer. In the fall, Sound Transit will launch more detailed studies with refined cost and ridership estimates of all these projects. Next June, the Board may decide on overall package size and define its approach to subarea equity, allowing to pick from this menu of choices and determine what goes on the ballot.

Any worries that the study concepts last month limited the range of projects were unfounded. Nearly every project covered in one of last year’s long-range plan studies appears here, with some new permutations. There are five categories of project:

I’ve reproduced the other slides that have specific projects below. I chatted with ST bigwig Ric Ilgenfritz to clear up some points that might not be evident from the short descriptions. 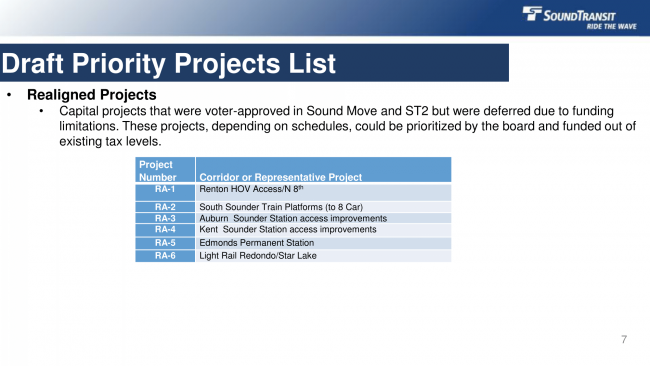 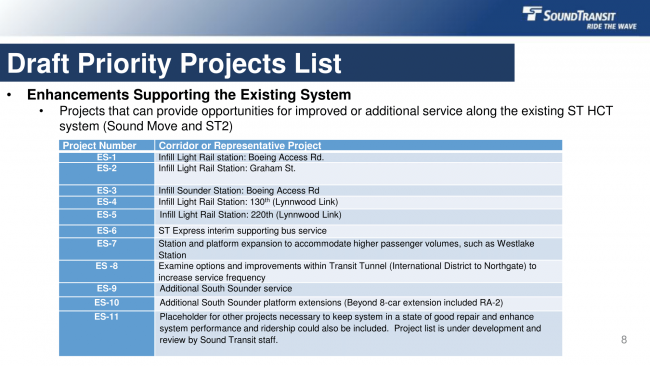 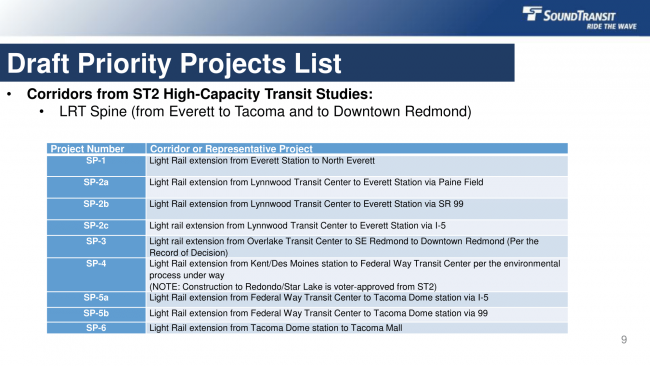 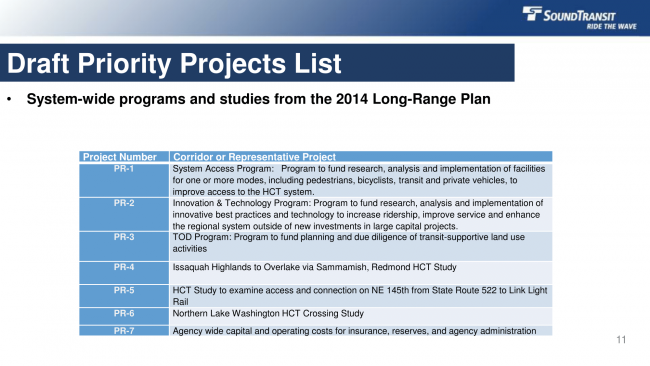 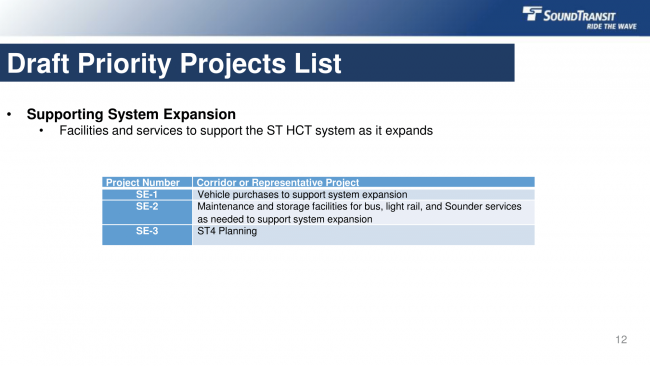