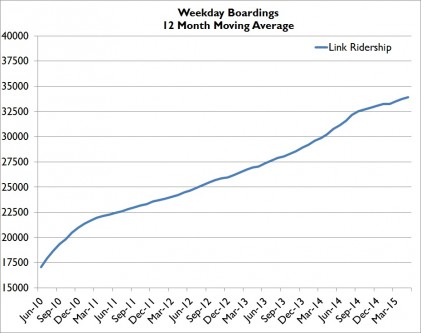 May saw healthy weekday Link growth of 6.6% and total system growth of 5.7%. Weekday ridership was up across the board, with only Paratransit seeing a decrease. Due to weekend tunnel closure for U-Link work, Link’s weekend service took a hit. Link’s 12 month moving average was 33,939 in May. That is a hair’s breadth away from the 34k originally forecast for 2011. At that point ridership growth was supposed to level off. As the chart to the right shows, ridership is still growing at a strong clip. It’s becoming increasingly apparent that Link’s initial ridership lag was due to the Great Recession and continued gains will wipe out that early shortfall. 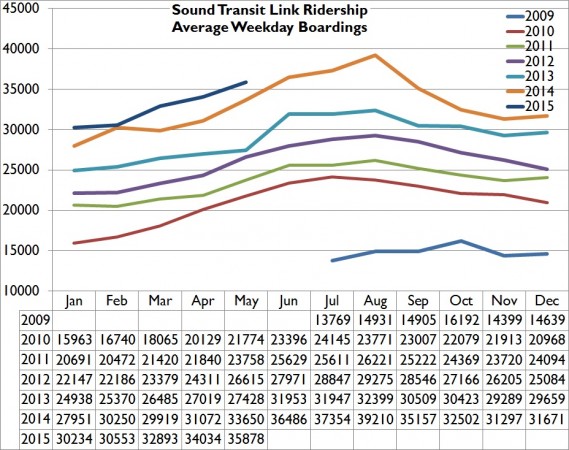 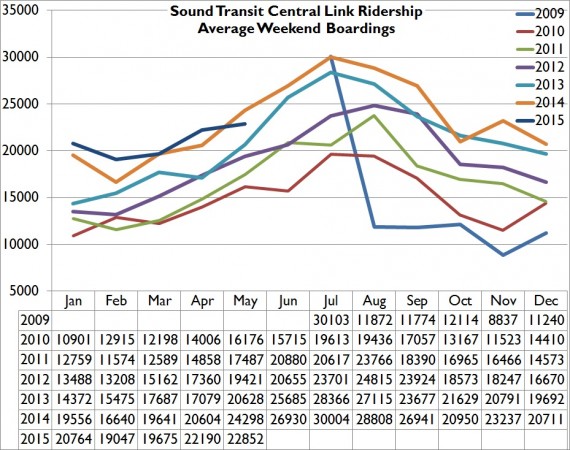 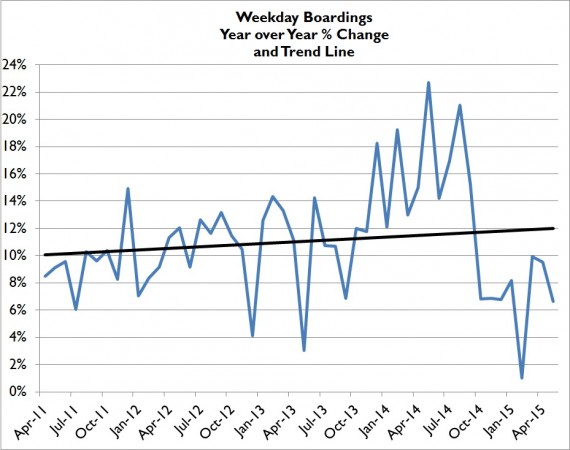 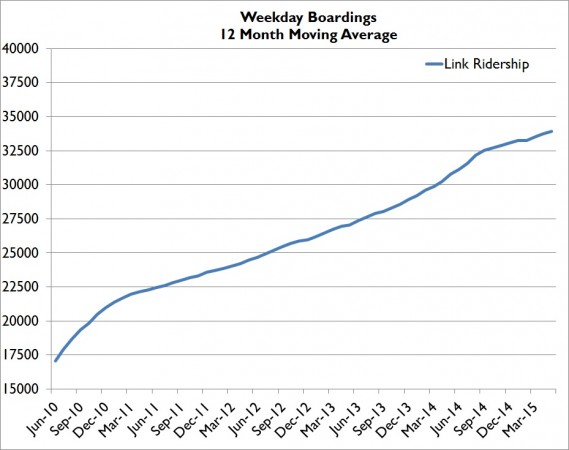 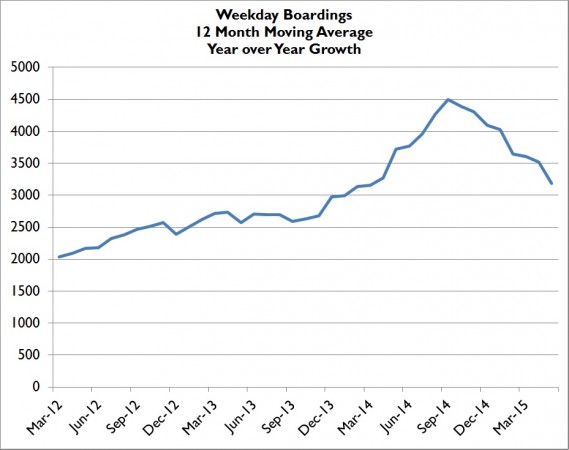