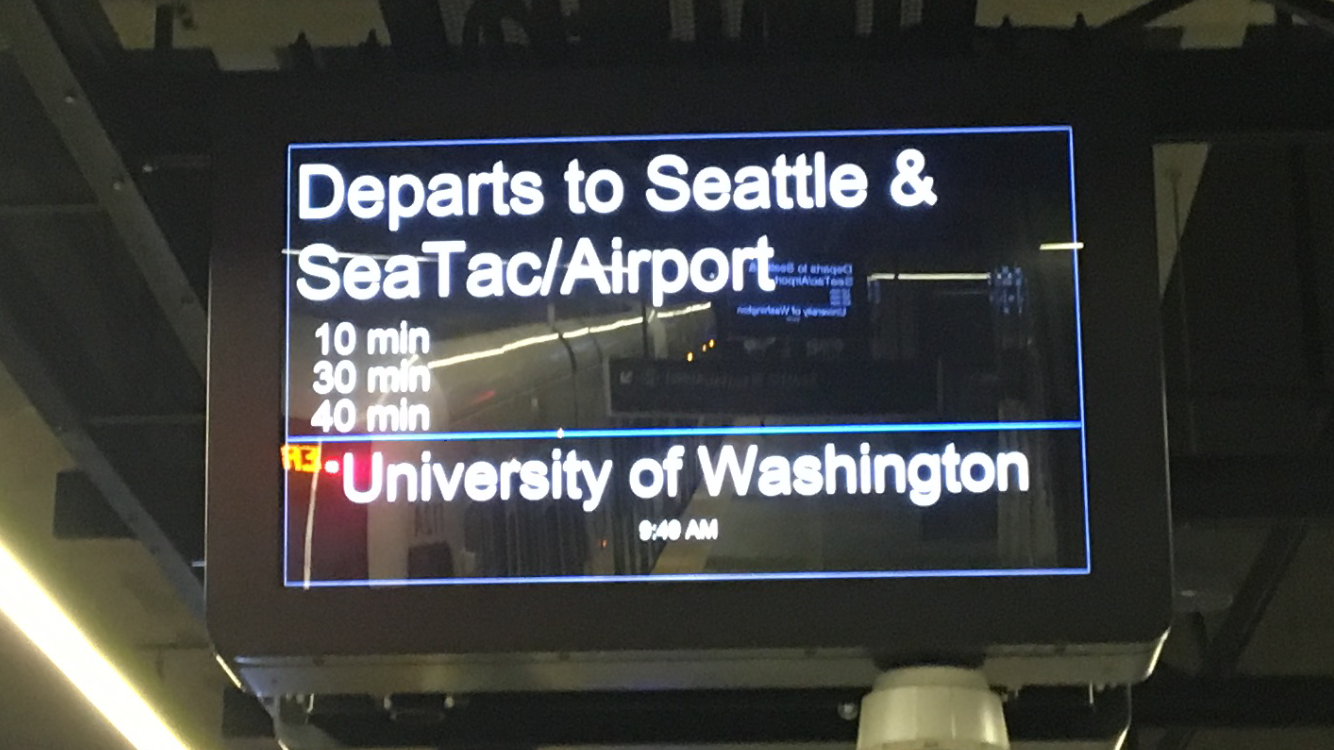 After three days of riding ULink, my experience has been one of nearly unqualified satisfaction, frequently bordering on jubilation. Sound Transit expertly managed the project’s construction and put together a fantastic opening weekend, and it’s not a stretch to say that the service will revolutionize my life. But one thing has already consistently disappointed, and that’s the supposed real-time arrival signage that Sound Transit is “piloting” at Capitol Hill and UW.

I’ve been watching the signs closely, and it has been immediately clear that the signs are not estimating train arrivals in real-time. There’s a bit of awkwardness inherent in trying to depict real-time arrivals, especially when travel times are dynamic due to bus/rail interaction and because ST has chosen to publish a static 8 minute schedule from Westlake to UW even though the most common duration is 6-7 minutes. Northbound trains are consistently arriving at Capitol Hill 2 minutes early due to the padding in the schedule, yet the signs always say “2 minutes” when the train is in fact already sitting on the platform. In addition, the signs nearly always display even headways of 6 or 10 minutes, betraying that they are either reflecting scheduled information or using a cruder method of real-time arrival estimation.

One possibility is that the data is being fed directly from the Supervisory Control And Data Acquisition (SCADA) system to the information signs, producing a number that estimates an arrival based upon which line segment that scheduled train currently occupies. For instance, if a train is departing Westlake, a Capitol Hill platform sign would say “4 minutes” even though the train will usually only take 2 to get there. But in cases where a train scheduled to arrive is not yet active in the system – for instance just pulling out of the OMF facility – the signs would show a gap in the schedule because the train is not yet traveling the line (see photo above).

I have an email in to Sound Transit about this issue, and will update the post with comment. But let’s hope that Sound Transit will be able to display data that riders can trust, especially now when first impressions are so crucial. Having no information (or having a 2-minute warning like the rest of the line) would likely be better than having visual data that’s often wrong.