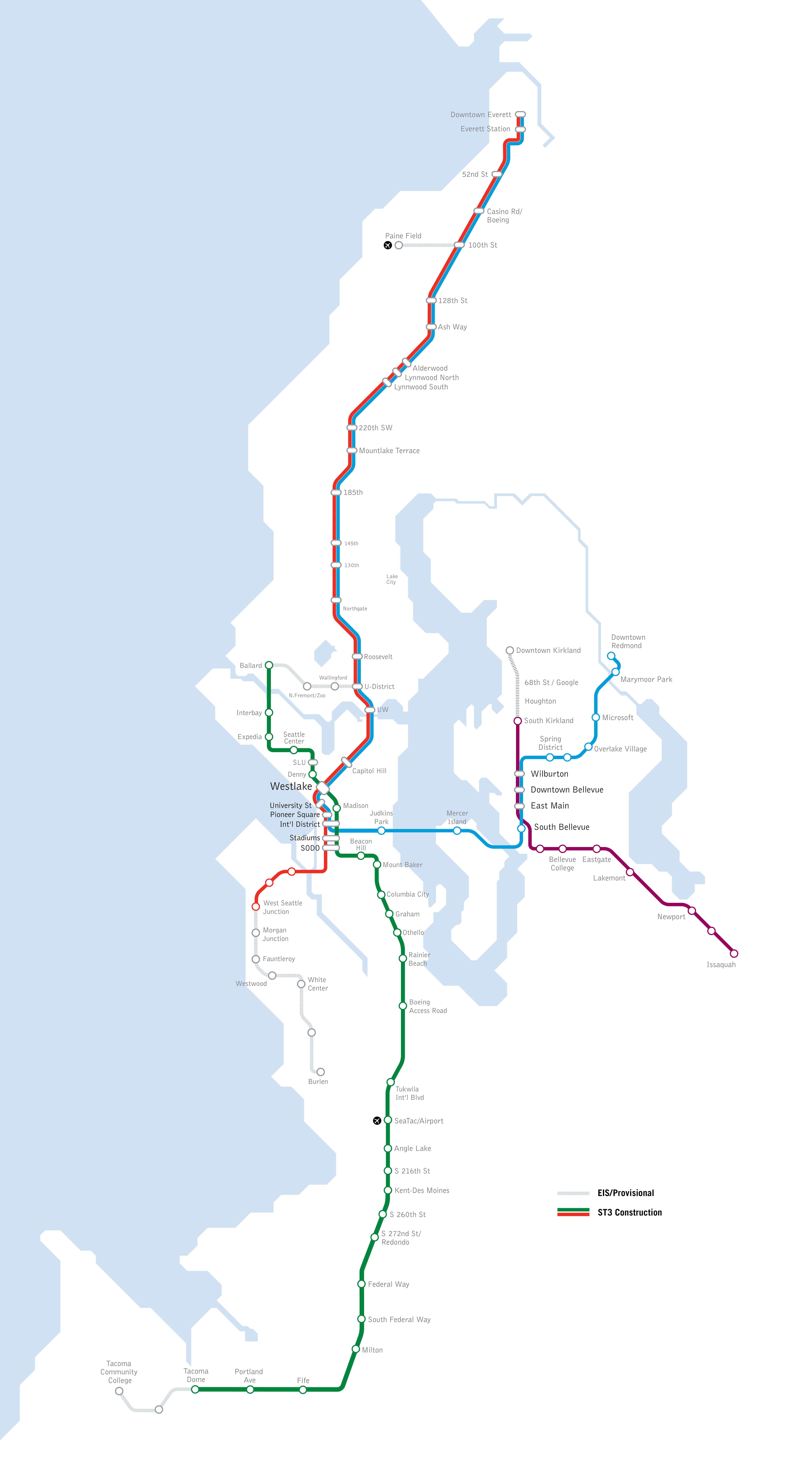 As regional stakeholders continue to work on the inevitable push and pull of budgeting for a massive transit expansion, we want to make sure that a huge improvement to the Sound Transit 3 (ST3) system plan isn’t overlooked: designation of “provisional projects.” Adding provisional projects will cost next to nothing to implement while adding the potential for ST3 to accomplish a lot more. A provisional project is a project that, if funding becomes available, can be built as part of the ST3 plan without an additional vote.  Without a provisional designation, a project cannot be built without further voter approval.

Sound Transit knows that each of these projects has merit now, but is waiting on a future ballot measure to pay for them. But there are many ways that funding could become available, before the next vote. These include:

This year alone, Sound Transit light rail projects will come in $240M (10%) under budget and receive $600M in unexpected federal grants. Our economy is booming, and twenty-five years of growth could add hundreds of millions of additional funding to ST budgets. Let’s authorize engineering and construction of “provisional projects” now, to maximize the benefits of any savings on other projects.

West Seattle Junction to Burien, Ballard to UW, Kirkland to Bellevue, Paine Field Connector, and Tacoma Mall must be designated as “provisional projects” when the Board votes in June.

134 Replies to “Provisionals for All: ST3 Must Plan for the Future”