Sound Transit has released its list of Sounders football matches and Mariners baseball games that will be served by special Sounder trains, through early July. 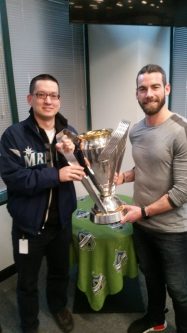 Leading off will be rare late evening service Sunday to the Sounders’ home opener against the New York Red Bulls, which will feature the raising of the MLS Cup Championship banner. This Sunday’s South Sounder departs Lakewood Station at 1:15, arriving at King Street Station at 2:28. North Sounder departs Everett Station at 1:45, arriving at King Street Station at 2:44. First kick is scheduled for 4:00. Return trains depart 35 minutes after the final whistle. (Thankfully, regular-season football matches can end in draws rather than going into extra sessions. Baseball, with its extra innings, wasn’t designed with transit in mind.)

Be sure to check out the Sounders’ new clear bag policy. Don’t get stuck having to pay $10 to store your daypack. 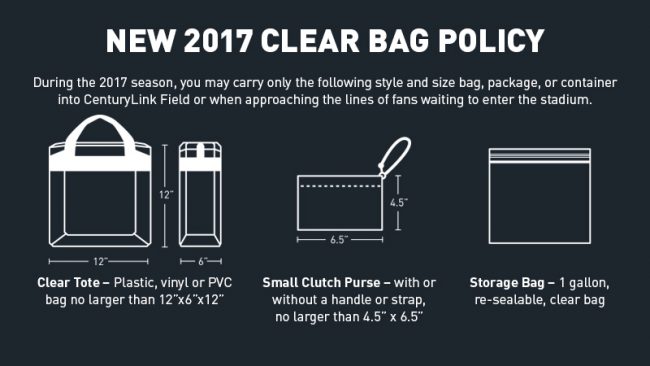 For those coming by Link Light Rail, my standing advice is to stand toward the tail end of the platform and board the third car, which is always the most spacious. Sound Transit runs 3-car light rail trains all day on most weekends, especially ones with a Sounders match, Mariners game, or other special event.

This year, you can buy your train or bus ticket before getting to the stop / station using the new mobile ticketing app. Try it now, as the mobile ticketing pilot project may go away at the end of the year if it doesn’t get enough use. If you buy your ticket at the station, be sure to get a day pass and skip the ticket line coming back.

The special Sounder schedule only runs through early July, so more games and matches may be added as the seasons progress.