These are Seattle Transit Blog’s endorsements for the August 1, 2017 primary elections outside Seattle. The primary is only relevant in races with more than two candidates, so we restrict our attention to those. As always, we choose candidates entirely based on their positions and record on transit and land use.

It would take several pages to list all of Constantine’s accomplishments, and we would still have missed most of them. But just to be brief: ST3, ORCA LIFT, the multi-agency U-Link restructure, the end of Metro’s 40/40/20 rule that kept it from rolling out new service in Seattle, getting ST into the transit-oriented development and affordable housing business, … and the list goes on.

Constantine has no serious opposition, but we would be remiss in not honoring one of the most effective public servants King County has ever had.

Auburn Mayor: Nancy Backus is running for re-election. Sound Transit, Burlington Northern & Santa Fe, and the City of Auburn have been working together to build a third track in the BN&SF right-of-way (on which Sounder runs) through Auburn. Auburn and other regional commuters should be grateful Auburn has a leader at the helm who rolled out the red carpet for a third track instead of blocking it with red tape. Her main opponent is opposed to ST3. 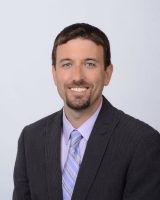 Pascal, having been appointed to the Council one year ago, is now running for a full-term. Pascal previously served a total of fourteen years on the city’s Transportation and Planning Commission. In private life, Pascal is a principal of a transportation planning company. He has been a leader on transit issues while on Council. Among his opponents, the more credible is Uzma Butte, who laudably advocates for more affordable housing and transit-oriented development. That’s welcome in increasingly unaffordable Kirkland, but we’re not sure any of the candidates would materially accelerate market-rate development. With complex transportation and transit implementations ahead, Pascal’s knowledge and experience will serve the city better.

Redmond City Council, Position 7: Jeralee Anderson emphasizes making Redmond safer and more accessible for pedestrians, bicycles and transit. Andersen is the co-founder of a company that works with government and private industry on green transportation projects. In sharp contrast, Jason Antonelli, her main opponent, has focused on auto traffic issues, viewing bike and pedestrian improvements as a distraction from faster car commute times. Predictably, he also opposed ST3 and has complained Downtown Redmond’s bike lanes and street grid repairs are not moving cars more quickly through city streets. Roy Captain, while less adamant than Antonelli, also puts too high a priority on “protecting” neighborhoods outside downtown and moving auto traffic.