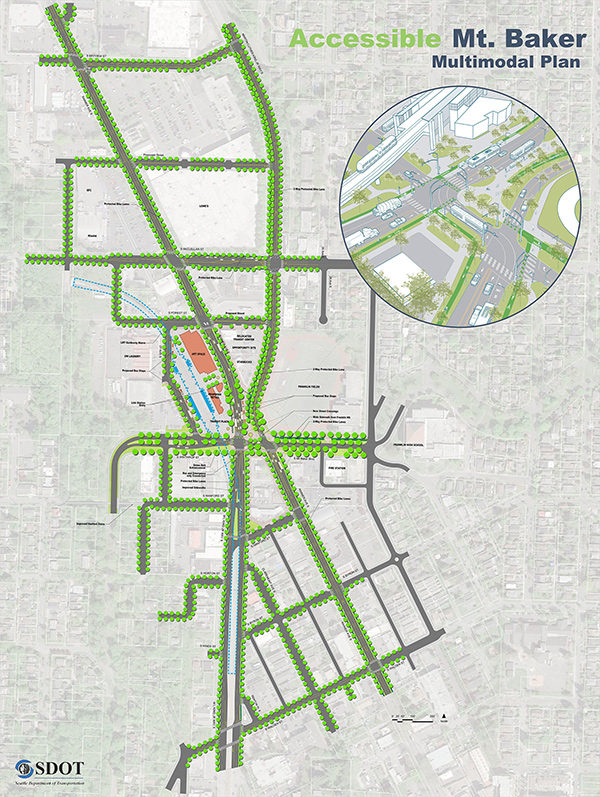 Longtime readers know that the Mt. Baker Station area, full of design flaws since Link opened, has long had a plan to improve vehicle flow through it. While there have been some incremental improvements in the transfer between train and bus, the “bowtie” plan might have made a bigger dent in some problematic transit vehicle movements.

After facing some local business opposition, the effort morphed into Accessible Mt. Baker in 2015. The most interesting idea was moving the poorly placed Mt. Baker transit center to provide better transfers. And after a modal plan in 2016, the program has been sitting there since.

Anyhow, there’s another community survey out there, with a deadline of May 20th. This area is an important transit hub, but has to contend with a high volume of vehicles. Pro-transit turnout would be helpful.

The diagram below shows what the plan would mean for bus transfers. Instead of navigating the transit center and dropping off riders to cross Rainier and take an indirect route to the station entrance, many buses would instead circle the station itself and provide an optimal transfer experience. The 7 and 9 would keep their current excellent southbound transfer point, and the northbound stop would have a much more favorable location nearer the entrance.

48 Replies to “Give your opinion on Accessible Mt. Baker”