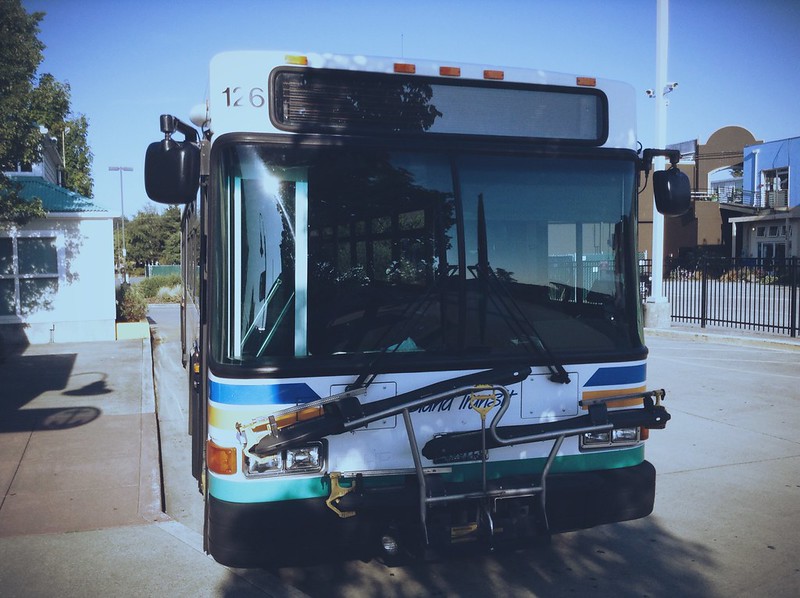 Full Disclosure @ the Outset: At an early point in the crisis, I publicly voiced a willingness to pay a fare for Island Transit services.  Especially if I could see & hear OLF Coupeville.  However, the fact it seems the “fare free” policy is being used by some to blame riders for the fiscal crisis Island Transit has entered, it’s time to push back against this dangerous narrative of blaming riders for management failures.

I am now taking the refined view that before asking us transit users that already subsidize roads through general taxes (SOURCE 1, SOURCE 2)… please note we transit users do not:

Therefore how can the tone of the debate be turned to blame US the transit users for and also demand we transit users subsidize fiscal mismanagement?  Seriously.

Yes a fare may be a good idea but we transit users are mainly being relegated to the sidelines.  Most Island Transit users aren’t able to attend 9 AM or 9:30 AM Island Transit Board meetings and yet everybody wants a quick fix to Island Transit’s problems.  There also have been public promises made by the Whidbey Tea Party blog Island Politics to repeal the Public Transportation Benefit Area (PTBA) if a fare is implemented and right now is the worst time possible for Island Transit to agree to a public vote without new leadership and rebuilding public trust.  Even Island County Commissioner Helen Price-Johnson – no Democrat-In-Name-Only – who sits on the Island Transit Board is applying the pressure to seek a study into transit fares.

But we transit users know the truth that if you collect fares, you’re absolutely going to add time and physical resources into collecting those fares.  First when you have to insert change that takes a few seconds – and if a few dollar bills possibly a minute per rider if the machine doesn’t like the dollar bill.  Trust me, I’ve had that embarrassment at 6:30 AM in a Sedro-Woolley parking lot enough to the point I change dollar bills into coin the night before and preload my ORCA for trips south of the Snohomish-Skagit County line when I can.  Not everybody’s going to be that thoughtful.

Or Island Transit is going to have to buy, fuel, operate and maintain many more buses to expand the transit fleet adding costs that would easily eliminate any farebox recovery?  More buses just to provide the services Island Transit already provides but with a fare added with the cumulative time needed to collect the fare – a major problem when Island Transit has to go farther than Everett to Seattle but connect directly Oak Harbor with the Washington State Ferries’ terminal in Clinton.

Then there’s the security risks of driver assault and highway robbery.  Risks no security camera can eliminate, only fare-free.

One last time, I am unopposed to a fare on the principle.  I am raising concerns about the logistics of an Island Transit fare.  Logistics of an Island Transit fare that seem bordering on insurmountable but being greased in the name of political expediency and championed by some in the general public to punish riders.  Perhaps other revenue-raising options ought to be seriously sought out like wrapping buses (Example 1- King County Metro, Example 2 – Pierce Transit) or putting signs below the windows of buses (Example 1 – Sound Transit) before putting more stress on Island Transit balance sheets – as part of a backup plan if grants don’t materialize in the works somehow.

Finally, I would like to thank Island Transit Board Chairman Bob Clay for briskly answering a few quick questions today to help with this editorial and debunk some reports out there.  Much appreciate.

12 Replies to “North by Northwest 14: Fare Free Did NOT Cause Island Transit’s Fiscal Crisis…”