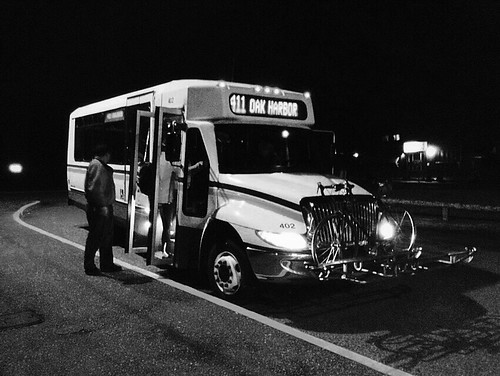 My Photo, “Going for that black & white look of an Island Transit 411W at March’s Point, Anacortes, WA“

For Island Transit, tomorrow the 9th of March, the Island Transit Board will gather to discuss on the agenda, among other things:

The special meeting is planned to run from 9:30 AM until 11:30 AM, but a majority of the board can extend the meeting time to address agenda items, which seems likely to this keen observer.  I have a photoshoot scheduled tentatively at 1 PM in Mukilteo so can’t be there.

For those STB readers who may be unaware, Island Transit has an interim CEO in Ken Graska and it’s been decided to wait to seek a permanent replacement while Island Transit seeks alternative revenue streams and conducts route restructures.   Also Coupeville City Council decided to replace the controversial rep Bob Clay with Island County Human Services Director & Town of Coupeville Councilwoman Jackie Henderson. 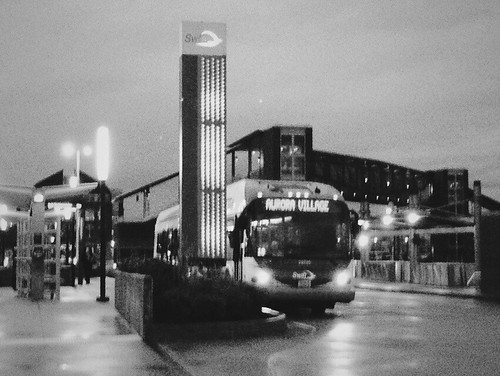 For Community Transit, the story’s a bit different.  First, for those few who may not have heard, the Snohomish County Council approved a lease option contingent on an Environmental Assessment for Paine Field commercial service a week ago.   But as two dueling press releases by proponents Propeller Airports and in opposition Mukilteo Mayor Jennifer Gregerson posted at MyEverettNews.com indicate, both pro & con can only agree the County Council vote is a step not a finale.  Major issues remain, such as addressing traffic & transit access & how many passengers will actually use the terminal on the east side of Paine Field – which could factor in any discussion about ST3 having light rail service Paine Field.

New CEO Emmett Heath arguably put it right when he wrote in Community Transit’s press release announcing his hiring, “We’re back in growth mode. Today, we have every driver and every bus out on the road, yet we know there are still unmet needs in our community,” said Heath.  The plan is to get state legislative authorization to seek voter approval to raise taxes three-tenths of one percent to fund Community Transit expansion.  Other items of a growth-focused tenure are in the works such as working well with other transit agencies and a few transit projects.

8 Replies to “North by Northwest 50: Following Up…”