There’s already been a community post about what could appear in the Ballard Link restructure. I had some ideas for how changes might look south of the ship canal, and how forcing transfers could allow delivery of very frequent and fast service to Magnolia: 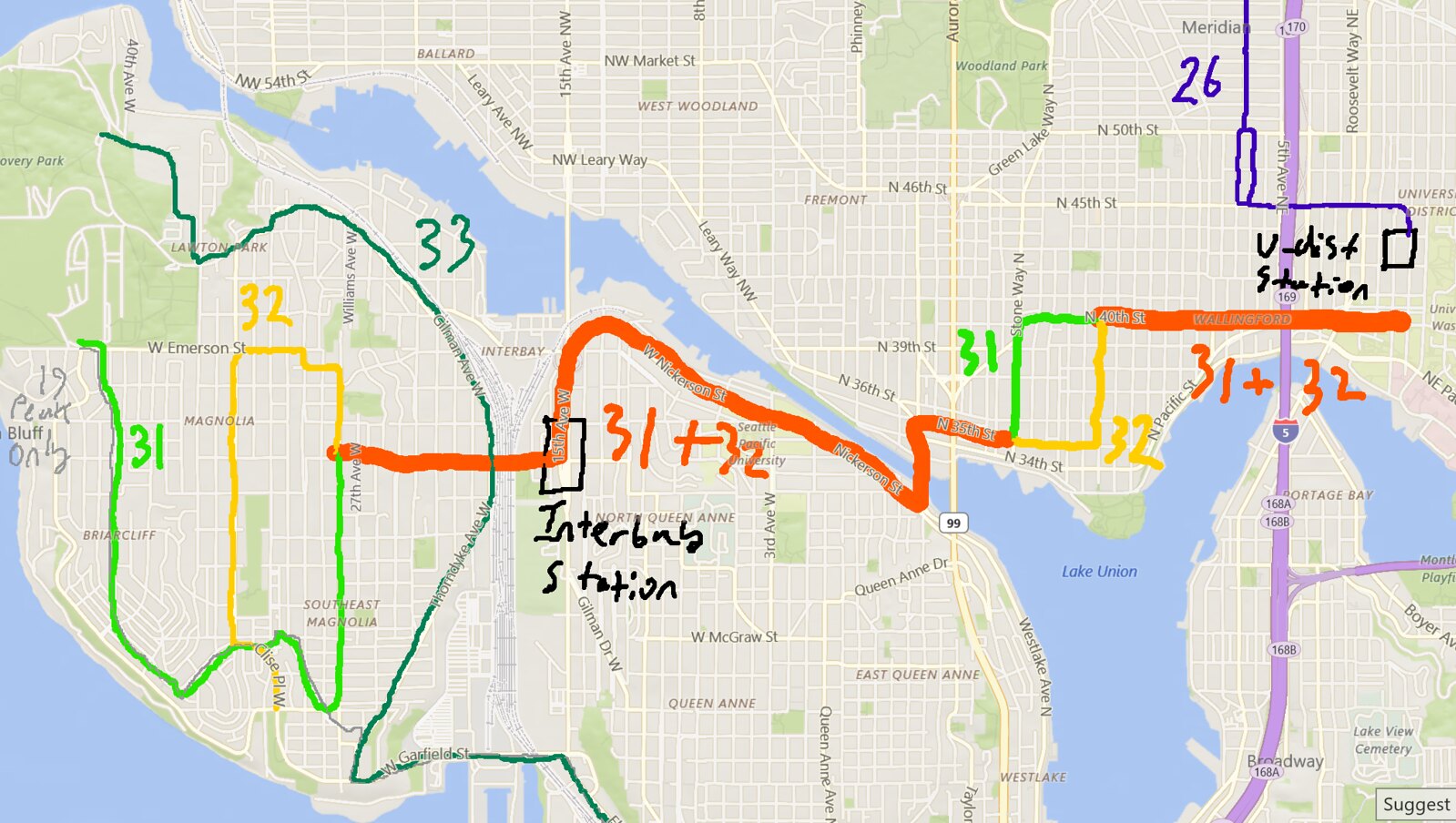 The changes from today’s network:

The centerpiece of this idea is a dramatically improved 31/32 pair running 7 days/week, providing a strong frequent connection to Link that together provides the following outcomes:

Paying for this kind of service could be difficult, but if we considering truncations to the D-line and routes 40 and 62 that are very likely with a Ballard Link restructure, I could see it being done.