With 2021 coming to a close, our region has set sail on a major, exciting, one-in-a-generation opportunity to restructure and reform our transit network thanks to billions in capital investments. In 2008, regional voters approved Sound Transit 2 (ST2), and these investments are now bearing fruit as our regional light rail network will nearly triple in size. We must prepare before this is complete in 2024.

Northgate Link gives us a preview of what’s coming, as bus and light rail integration reshapes our idea of what’s possible with transit. Our bus-based, one-seat ride network is changing as trains reemerge to play a large role. In addition, the pandemic fundamentally changes how our transit network will be used, as many traditional commutes disappear. Transit’s role in moving 9-5 workers into a few hubs migrates into a broader community-and-corridor-based network serving a wider variety of people 24/7. While there will still be a need to serve major centers such as Bellevue, UW, Tacoma, Seattle, and Everett, their role and magnitude as transit magnets is still uncertain.

King County Metro will usher in an entirely new network in several parts of King County to integrate with four different Link extensions (!), a topic which will be heavily covered by this blog. Two new RapidRide Lines will enter service thanks to partnerships between King County, Seattle, Burien, and White Center as the first new RapidRide lines since the F Line in 2014. Madison G Line offers an opportunity to restructure transit service in the densest part of our state, while the H Line upgrades crucial north-south service in a long corridor with a community strongly tied to transit. RapidRide is the linchpin in Metro’s frequent regional network offering marquee service to nearly 70,000 pre-pandemic riders on the busiest corridors. Improving service on existing Lines could be in the cards as well with Metro hiring staff to evaluate opportunities for investment (based on KCM job postings earlier this year).

END_OF_DOCUMENT_TOKEN_TO_BE_REPLACED 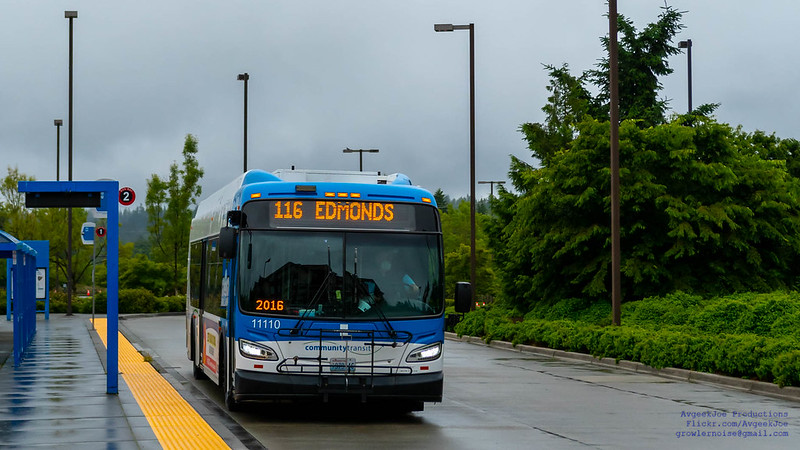 Let’s acknowledge that riders transferring at Northgate Station will lose their one-seat ride to the University District. Many of us will be losing our one-seat ride on October 2nd, myself included. While inconvenient, that’s by design as we to move towards utilizing Link as an alternative to the redundant bus routes operating in heavy north-south regional congestion, and it’s important to recognize the greater benefits of this strategy.

Currently, congestion between Seattle and Lynnwood forces transit agencies to burn valuable service hours by padding revenue and non-revenue (deadheading) schedules to realistically schedule buses accounting for slow travel times. While buses sit in congestion, the total number of trips each bus can complete in a day is limited while riders have to deal with unreliable and unpredictable service, leading to an inefficient use of transit agency and taxpayer resources. Would people rather have an unpredictable one-seat ride with longer waits between buses, or a more predictable two-seat ride with frequent service? The agency has chosen the latter for us, and we’ll learn to appreciate it.

END_OF_DOCUMENT_TOKEN_TO_BE_REPLACED

“Restructure” and “transfer” are hot transit words in the Pacific Northwest, with all eyes focused on Northgate Link opening October 2nd. A new Link extension comes with a significant restructure for transit services provided by Community Transit, Sound Transit, and King County Metro.

During these exciting times for regional transit, Sound Transit and Metro have begun their public-facing process of restructuring routes and creating new transfers between East Link and Redmond Link (E&R Link) when they come into service in 2023 and 2024, respectively. The very first public survey, available here, primes our communities in determining what our future transit network looks like for years to come.