Here’s a neat site that shows the subway systems of the world, all at the same scale. Now, the definition of “subway” is pretty loose here, and you have commuter systems like BART and MARTA intermingling with real Metros like London’s and NYCs. Nevertheless, it’s pretty neat. Neat enough that I actually took the time to superimpose BART and the NYC subway on top of Seattle, to get a sense of how massive those systems are: 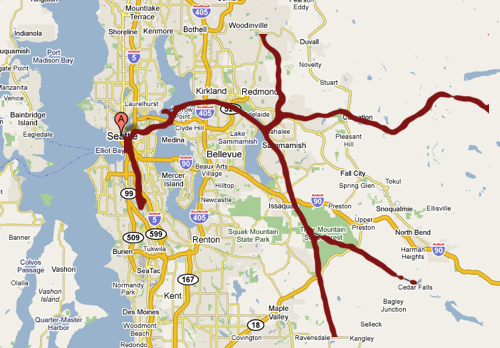 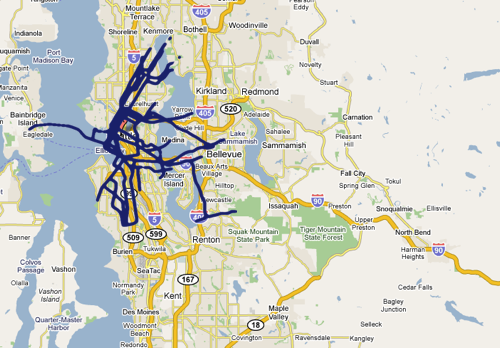