[UPDATE: To be absolutely clear, “the limitations of simply bypassing that segment” below refers to the critique that Central Link should have gone straight to the airport via Marginal Way, instead of doing a sharp turn to serve SE Seattle.]

Sound Transit released per-station, per time-of-day boarding data (.pdf) from earlier this year, and it’s a treasure trove of information. Although overall ridership was substantially lower than it is at the moment, there are many interesting trends:

A pie chart is below the jump. Since each station gets credit for half a trip, the portion of all trips involving a station is actually double what is shown on this chart (i.e., adding up all the true percentages would get you 200%). 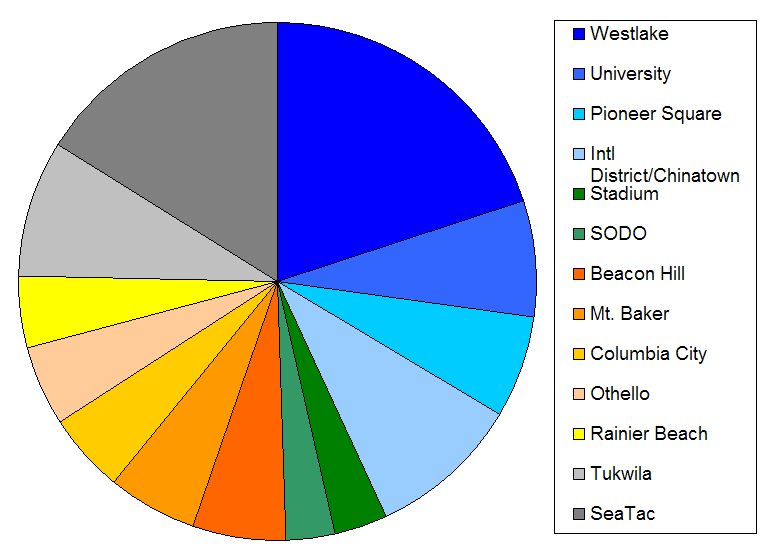 Thanks to Sherwin for obtaining this data.

102 Replies to “Link Ridership by Station”