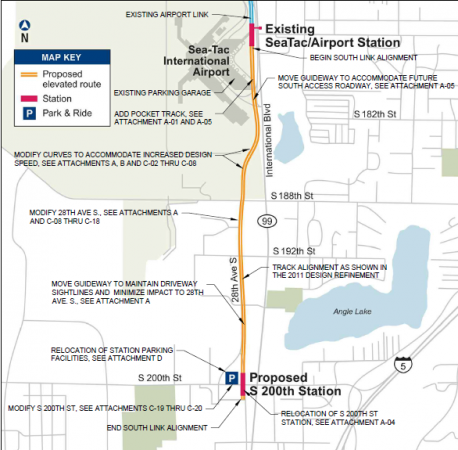 Sound Transit recently released an addendum to their design and environmental analysis for S. 200th St. station. It updates a 2005 document. The map above nicely summarizes the changes. In ST agency-speak this segment is “South Link” while the other two (potential) stops beyond this — Highline Community College and Redondo/Star Lake — are the  “South Corridor.” Key changes to the plan:

I’ve emailed Sound Transit to ask what the cost impact is.