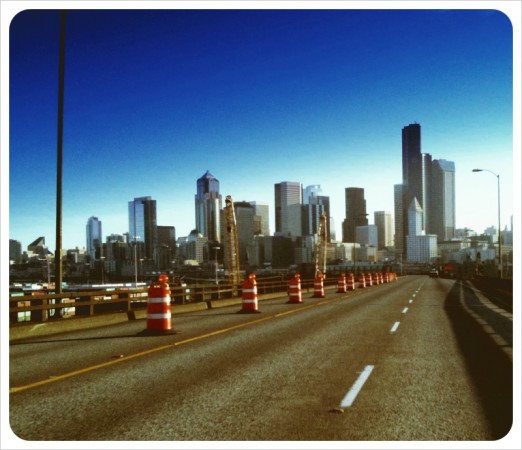 The credit rating of the United States of America was downgraded on Friday to AA+ from AAA. For many this might inspire as much fear as the phrase “lions, tigers, and bears? Oh my!” But the truth is that the downgrade our national government’s credit rating should keep us awake at night, especially for those of us who see the future of sustainability in good land use and public transit. Sustainable solutions often rely heavily on publicly financed capital infrastructure (during the debt lid debacle I wrote about how a downgrade could increase the cost of the deep bore tunnel).

It’s true that such projects usually don’t state interest costs. There are good reasons for that, the most obvious one being that issuances of public debt in the form of bonds are often negotiated sales; the interest rate isn’t known during project planning because it doesn’t get established until a deal is struck between the borrower and the leader. We should be careful that in criticizing the lack of specifics on interest on the tunnel, that we don’t feed NIMBY know nothing rhetoric about good projects at a time when elected officials are irrationally paranoid about debt.

However, these are not ordinary times and the tunnel is not a straightforward project. And by saying “not straightforward” I don’t mean “complex.” I mean that so much of the stated financing of the project has been sketchy and vague on details like where the port will find the funding to pay for it’s promised $300 million, will the functioning project really deliver $400 million in tolls, and how much will the City of Seattle have to borrow to fix the decaying seawall? The fact that the country’s credit has been downgraded means that the cost of the project could go up beyond the usual expectations. A downgrade has never happened in the 70 years since the US got its AAA rating, in 1941, the year Pearl Harbor was bombed.

Asking questions about tunnel financing has become synonymous with tunnel opposition. And I’ll admit I am a tunnel opponent (and a fan of debt). But we’re talking here about a first-time-in-70-years downgrade in the credit rating of the government managing the world’s largest economy. The ding to the credit rating is likely to affect borrowing on projects like the tunnel (local governments here are already on a downgrade watch list).  But current evasion by the State of Washington of the question of “how are we going to pay for it?” hurts the tunnel, and it also fuels skepticism that government actually can manage the public’s money and the public’s trust.  That troubles me and should trouble all supporters of debt funded but sustainable projects.

I’ll be dancing on the tunnel’s grave if it dies, but not quite so much if the autopsy finds the cause of death was public skepticism of the use of borrowed money by government for all big, complicated projects. That would make the tunnel patient zero in a plague of unwarranted local debt skepticism.