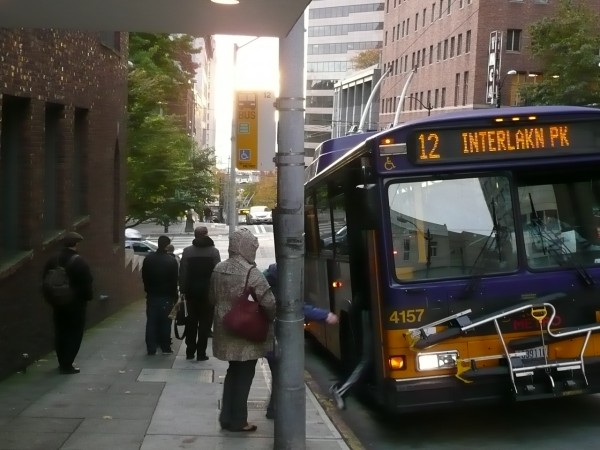 As Chair of the Parks and Seattle Center Committee, I regularly take the bus to community centers and Parks meetings. I want to experience for myself how long it takes to get to a neighborhood on the bus and see what the ride is like.

The problem with taking the bus from downtown Seattle, where I live and work, is that it’s relatively easy to get OUT of town after work, but substantially more difficult to get back INTO town after a late evening meeting. On a dark or rainy night, I admit this makes my decision to take the bus more challenging.

Monday evening I took the bus to Interlaken Park at the north end of Capitol Hill. Hopping on the Metro Route 12 at 5:06 p.m., I jumped off at the end of the route on 19th Avenue E and E Galer Street about 25 minutes later. (For you walkers and joggers, Interlaken Park is a 51.7-acre park, a densely wooded haven on the north end of Capitol Hill. It’s a gem.)

Route 12 is an electric trolley bus with frequent service to Capitol Hill – roughly every 10 minutes during commute hours, every 15 minutes during the day and every 30 minutes later in the evening.

Route 12 was standing-room-only this evening. Two darling children dressed for Halloween crowded into one seat across from me with their mother; a young man in a strap t-shirt offered me his seat when I got on. I appreciated his kindness. More after the jump. 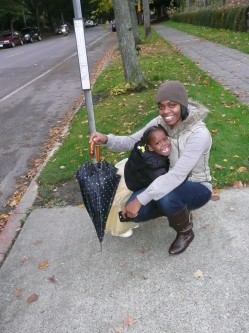 As we passed over I-5 on Madison Street I noticed that cars on both the north bound lanes and the south bound lanes were crawling along. When our bus crossed Boren Avenue. I saw that vehicles going both directions were at a dead stand still. Without dedicated bus lanes, buses were every bit as stuck in the traffic as cars.

As my bus strained to get up the hill behind start-and-stop traffic, I thought how much better we could make this route with additional funding from Proposition 1.

Among other smart investments – funds received from Proposition 1 will be used to improve transit signal priority on many routes which use Madison St, including the Route 12, resulting in faster service for thousands of passengers.

In some corridors, a bus-only lane during rush hour will increase both service reliability and speed,thereby making buses the easy choice for commuters. I’d certainly take the bus more frequently if I KNEW I could get where I was going faster than if I drove my car, searched for a place to park, paid for that place to park, and walked to my destination.

One of Metro’s goals is to improve productivity, meaning attracting more riders and filling up more buses. Imagine being able to walk to your stop, get real time information about arrival of your bus, and know with confidence that the next bus is less than five minutes away. Even if you had to do errands after work, being able to get around faster than you could in your car would be a real incentive to take the bus first.

We can move toward these goals if we vote YES for Proposition 1 and invest in our transit infrastructure. We know that fixing what is broken and finishing what we started makes plain sense. Letting our infrastructure deteriorate further is truly a wretched response that we’ll pay for later.

Please join me in supporting Proposition 1. It’s a wise investment for all of us including those cute trick-or-treaters on my bus.

The author is a Seattle City Councilmember.