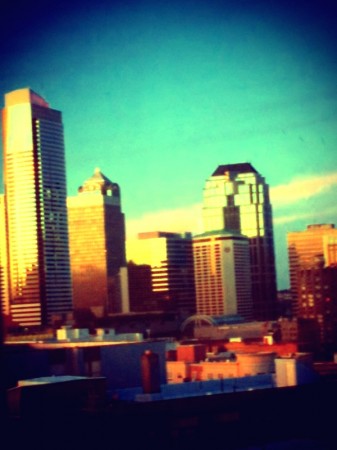 I love this  Slate article so much I wish I’d written it myself, but the fact that it was written by Matthew Yglesias makes it even better. Even better than that, I have written posts just like it here, here, and, especially here in my “Density is People” series. The article makes a point I’ve made over and over again, we need a party of growth and development:

If U.S. cities had regularized party systems each city would probably have something like a “growth and development party” that pushed systematically for greater density. Its members and elected officials would, of course, have idiosyncratic interests and concerns that would sometimes cut across the main ideology. But the party leaders would be able to exercise discipline, the party activists and donors would push for consistency and ideological rigor, and it’d be off to the races. Instead, most big cities feature what really amounts to no-party government in which each elected official stands on his or her own and overwhelmingly caters to idiosyncratic local concerns rather than any kind of over-arching agenda. But different institutional processes could change this, and create a dynamic where growth, development, and density are more viable.

That sums up Seattle, a city with “no-party government,” catering to “idiosyncratic local concerns rather than any kind of over-arching agenda.” Some of tried to buck this at the end of 2009 by organizing something called “The Party of the Future,” even raising funds for a poll that grabbed headlines for a while.

I threw together a sort of an open memo to the development community called “Toward an Ideology of Growth.”  I used it as the basis for Density is People. Organizing a sustained pro-growth and pro-density political movement is what we need.

If successful the outcome of this effort wouldn’t simply be a few taller buildings here and there, but a true transformation of local culture. Remember, this is a part of the world that still hasn’t gotten over being screwed by the railroads in the 19th century; memories are long, necks are stiff, and the politics are passive.

But it’s worth the effort. Otherwise we will truly become the Mossback City, locked post World War II land use patterns favoring an entitled single-family class of land owners with no financial interest in change.

Occasionally as a writer I feel like I am one of those people we see from time to time on our busy streets talking to themselves. “Are they using a blue tooth headset,” we wonder, “or are they crazy?” The same, I guess, applies to bloggers. We can often measure ourselves by whether anyone is listening—or in our case reading—to what we spew into the interwebs. I am not crazy. We need a Party of the Future and we need it yesterday.

87 Replies to “Wanted: A Party of the Future”