In honor of Central Link’s third anniversary today, Sound Transit released some ridership information. It’s unwise to draw all kinds of conclusions from this data, but ridership numbers are fun: 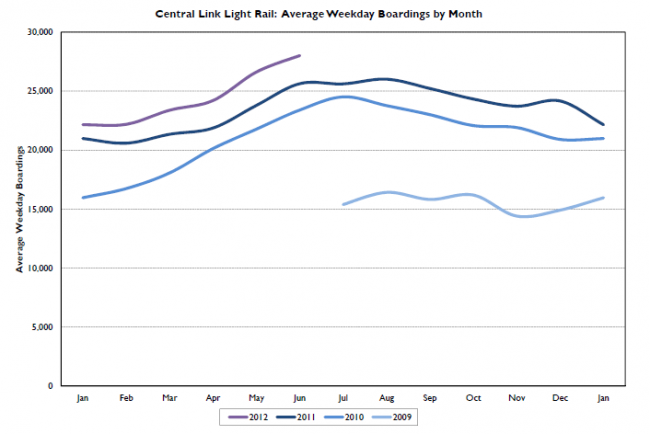 More graphs below the jump. 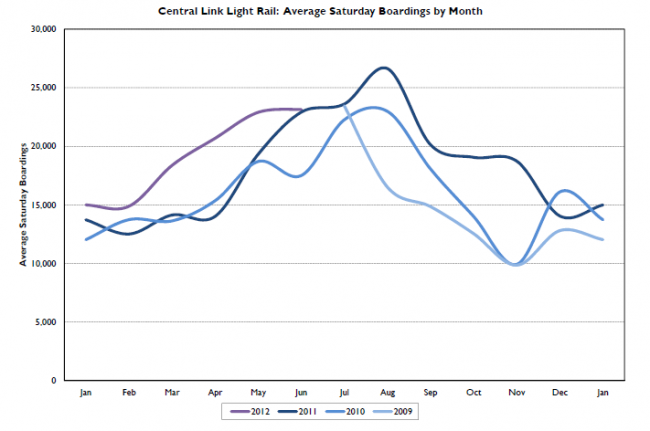 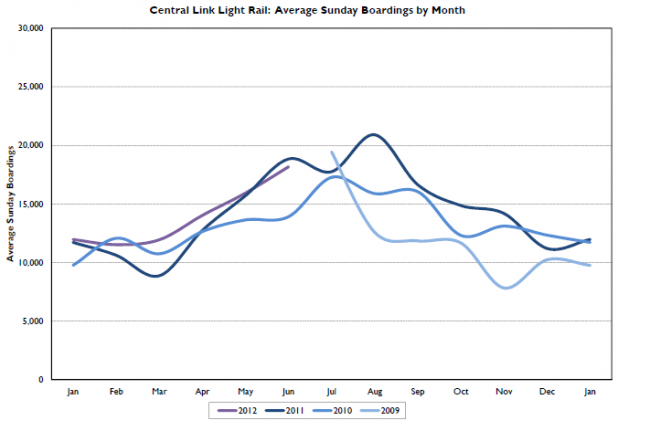