The apparent high cost of living in a dense transit oriented neighborhood, measured mainly by the monthly cost of housing, is significant barrier to building support for density.

Yes, all this density is wonderful, but, as the NIMBY and naysayer will always say, “it’s too damn expensive.” The right response to that argument is, of course, to ask them a question: “compared to what?” Compared to driving every day, damaging lakes and streams with sprawling pavement, and changing the planet’s climate, density is a bargain, even a steal. 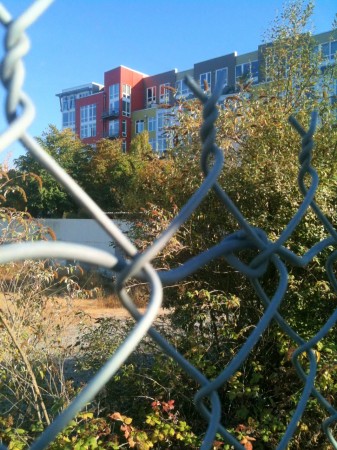 But when monthly rents seem high, those prices are the only number people can associate with new growth and change. Monthly housing prices become the sticker price of sustainability, and the shock associated with rents is one of biggest barriers (along with the perception that city schools are bad) to getting wider and deeper support of new growth in Seattle.

How do we account for all the other values lost and gained when new development changes a neighborhood? How does a policy that promotes more supply account for the loss of the corner store, support a neighborhood school, or offset somehow the noisiness of a healthy, vibrant neighborhood.

The answer, I think, is redefining how we measure affordability.

To paraphrase Shakespeare, there are more things to an affordable neighborhood, urbanists, planners, and housing advocates, than are dreamt of your measure of affordability. The Center for Neighborhood Technology (CNT) has already suggesting considering transportation costs when determining housing affordability.

Why not include a variety of essentials in calculating neighborhood affordability. Housing isn’t the only cost a person or family must assume. If other things cost less, then maybe housing can use a bigger share of income. One model for measuring housing affordability is the Residual Income Model which defines affordable as a price that once paid, still allows for the purchase of other important things, like food, child care, health insurance, and transportation (you can check out a presentation I did on the Residual approach and read this blog post written about the same time).

But why stop there? Redefining how we measure housing affordability could lead to an Urban Affordability Index, an even broader measure that could give a better and more accurate assessment of the costs and benefits to a family of living in the city.

Today there are many costs of living that are externalized. That big “free” highway people use to commute into the city for work, free day care from parents that live in the suburbs, the ability to walk to work and not own a car, are all examples of costs and benefits of place that we don’t adequately measure quantitatively.

An Urban Affordability Index could put a price on all those things, account for the dollars saved, and provide a better picture of what it truly costs to live in the city when compared to the alternatives. Putting those numbers together would be far more persuasive than the Residual approach all by itself.

Clearly such a measure would be far more complicated, even messy, to implement at first because of the number of different variables that would need to be considered. Clothing, food, and other items might make sense to include, but what about entertainment or child care. Considering the price of all those other things and whether they are essential enough to include in the measure would be a challenge. All those things would have to be considered, and regional differences in prices would have to be factored in as well.

The resulting measure, however, would help people making a decision about where to live figure out whether living in the city would be more affordable for them than living somewhere else. And policy makers could have a better set of options to implement policy changes to intervene where it would matter most in terms of making the city a transparently more affordable option. Here too, at first, the interventions would be complicated to devise and implement; but considering the bluntness of the current tools, it would be worth it.

And what if we found that living in the city really is more expensive? An Urban Affordability measure would allow us intervene more effectively, not just with housing subsidies, but increased supply of housing, reduced regulatory barriers, and more parks, and more and better schools in our densest neighborhoods. Making life affordable in the city is about much more than monthly housing cost compared with income; it’s about accurately telling the whole story of why city living can be a better deal for families.

43 Replies to “Time to Dream Big on Measuring Affordability”