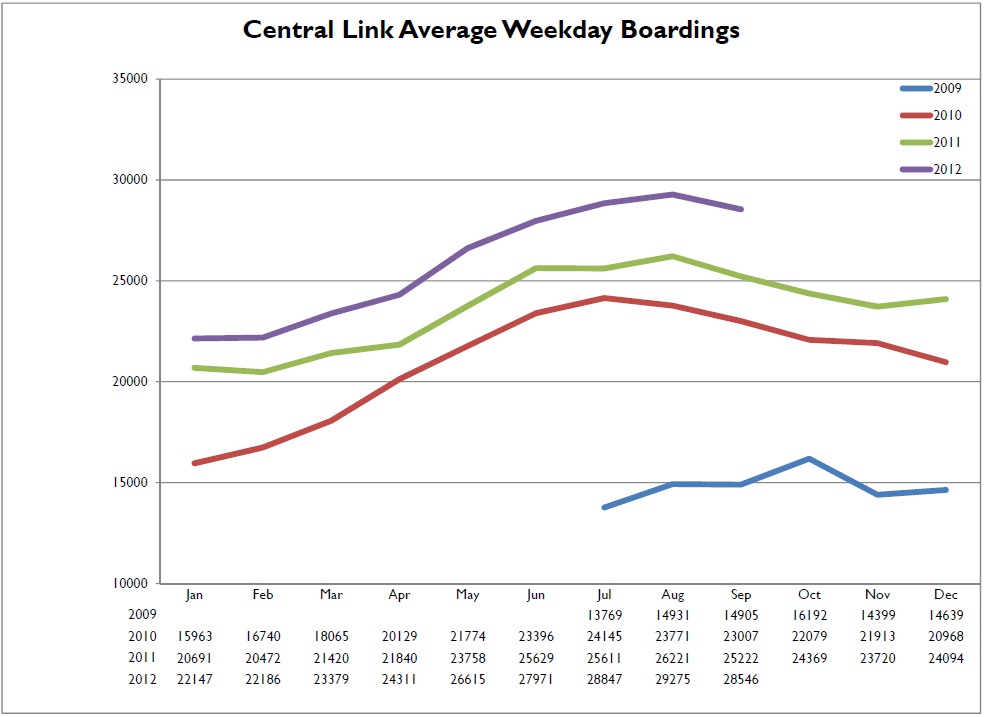 Thanks to John Niles over at PITF for the numbers.

As a transit advocate improving ridership is always great news.  What jumps out to me though is the extent to which Link’s current rate of ridership growth is exceeding prior estimates. The typical trajectory of transit projects of this kind is massive growth for the first couple of years, leveling out to 2-3% a year thereafter. This is, in fact, what ST had projected in prior Service Implementation Plans (page 105) for Link this year and every year hereafter until U-Link opens in 2016. But as ST spokesman Bruce Gray told the Seattle Times back in May, Link ridership ‘continues to mature’ and is still growing by double digits. The trend sustained itself through this past summer and into the fall with year over year increases of 12%, 9%, 13%, 12%, and 13% May through September. 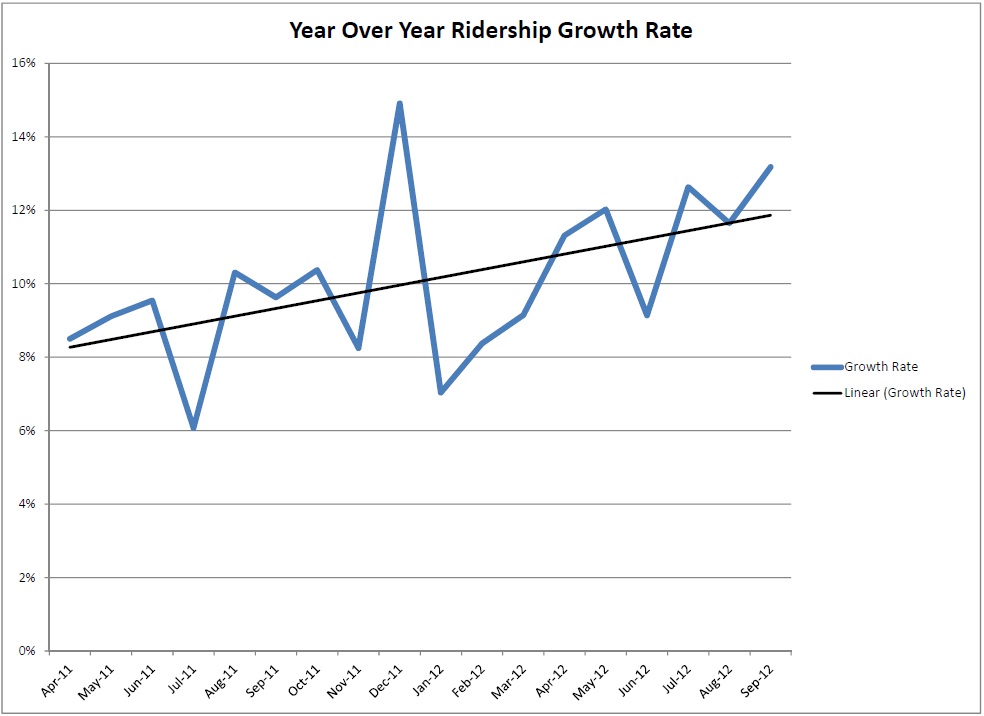 Hopefully Sound Transit is identifying the cause of this continued growth, so they can refine future projections and if possible work to sustain this higher than expected performance. If Central Link can just maintain around 6% annual growth (roughly half its current growth rate), it will be back on track to meet its target of 45,000 by 2020, an impressive recovery considering the recession. 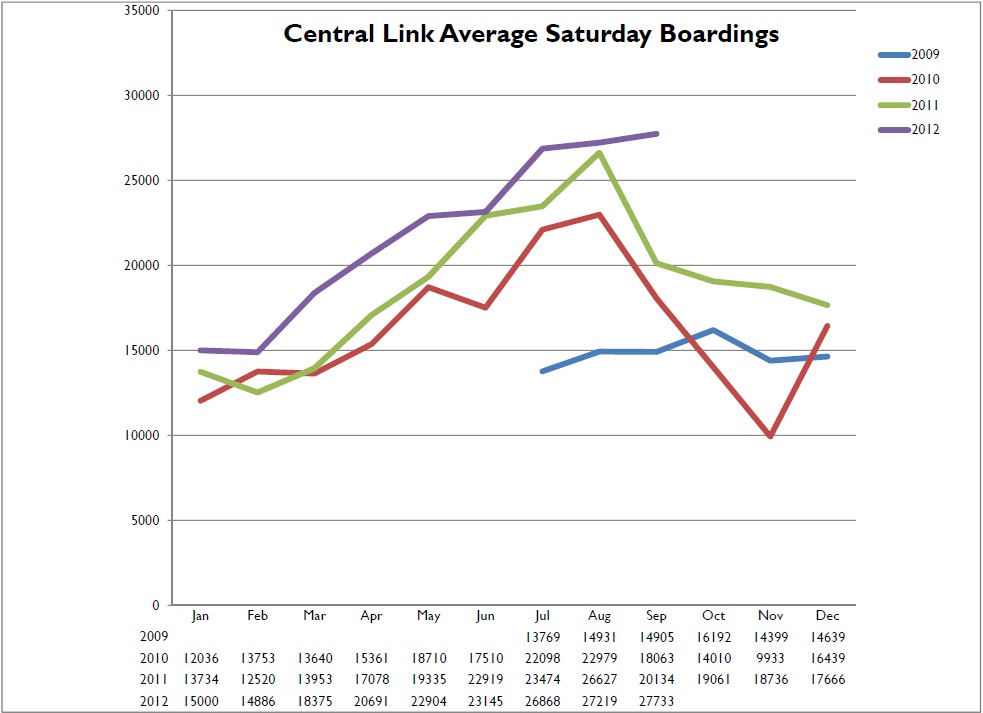 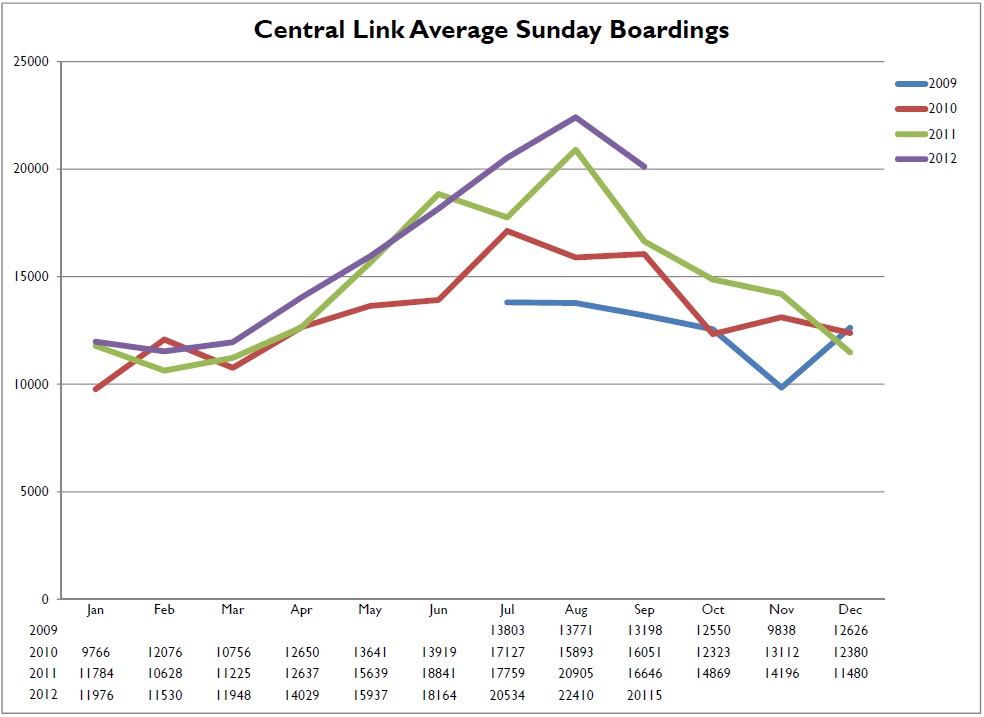