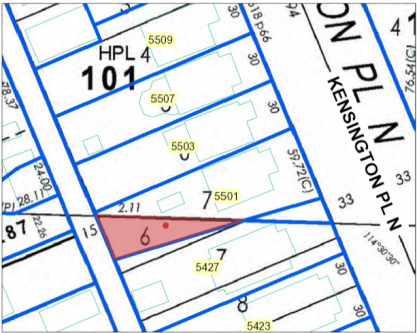 Over the past year there’s been construction of single family homes on small lot sizes, using loopholes in Seattle’s land use code. Because our building codes were written for certain minimum lot sizes, many of these homes have smaller than usual setbacks, and often feel like they’re quite tall (though technically built to the same height allowed for other homes). Also, because these small lots were at one time pieces of other lots they are sometimes located in what would normally be a back yard. The result can be a tall home built in a back yard with little setback, which understandably generated neighbor complaints. Last month this resulted in emergency legislation to end small lot construction until permanent rules could be put in place. Wednesday’s discussion was the next step in creating permanent rules.

On the developer’s side, Michael Ravenscroft (actually a realtor) described a vision of busy neighborhoods, dense neighborhoods, and continued housing construction. He argued that single family construction is needed drastically, and because of limiting codes very few homes have been built in Seattle.

In the middle, architect Brad Khouri advocated for diversity of structures in our neighborhood. He wants something supportive of the growth that’s happening in Seattle, and wants to find some room for affordability.

On the neighbor’s side, John Taylor explained that we buy homes rather than rent them because we want predictability, to control our house and to some extent control our neighbors. He believes standards should be well understood and not change. He used quite a few anti-development talking points (“out of character”, “open space”, “blocks light”), and implied that there should be a strict minimum of 2,500sf lot size in Seattle.

By the end of the night both sides stepped toward the middle, yielding significant points. Michael said that most builders would agree to a 22′ height restriction on small lot homes, and he could also agree to require street frontage. This represents two major sources of neighbor complaints – tall homes built in back yards, blocking light and with windows looking down on existing yards. He also said that builders would be fine with building smaller homes on small lots. On John’s side, he bent on the 2,500sf requirement, saying that if homes were smaller then the minimum lot side wouldn’t matter.

The main problem I saw with the debate is that it’s missing the big picture. Around 70% of Seattle’s land area is taken up by single family homes, and little has changed in these neighborhoods since lot minimums were created 60 years ago. Inside the single family zones Seattle has been frozen in amber for the better part of a century. The small lot loophole was a small crack in this amber, and finally let a few new homes in. Although I agree those homes aren’t ideal, we can use the lessons we’re learning about small lot homes and apply them to other new homes.

1. Solve small lot home design issues. Neighbors don’t seem to like tall homes built in back yards, stealing sunlight and putting windows to watch their kids play. So we go with the solutions listed above, with street-facing homes and restrict both the height and square footage of these homes.

2. Slowly shrink minimum lot sizes. We can do this gradually, to make sure neighborhoods don’t change over night. Call it a reduction of 500sf every 5 years, until it’s gone.

3. Slowly shrink front yard requirements. Front yards are mostly a waste of space. But is would look strange to have some homes right at the sidewalk with others set far back. I’d make this transition even slower, and over many decades you’ll have a nice variation in front yards.

4. Remove parking requirements. I don’t mind if this one is done immediately. The slow rate of adding new homes won’t significantly impact parking in most areas of the city for decades, if ever.

Because these changes could happen throughout the city at the same time, there would be less impact on any one neighborhood. Over a long period of time we can increase density in the city overall without upsetting existing residents and while promising slow and gradual change.