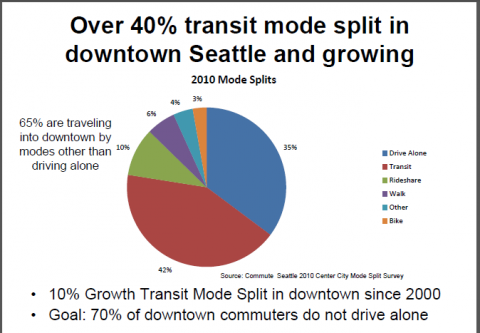 I was going to write a big post with all the numbers, but PubliCola has a perfectly serviceable rundown, so just read that.

Erica’s report is largely based on Metro General Manager Kevin Desmond’s presentation to the Seattle City Council, the slides for which you can find on Metro’s website.

If you’re too lazy to click, the summary is that WSDOT’s mitigation money for viaduct construction runs out before the construction does, at the same time that the temporary $20 license fee authority stops.  Metro will be short $75m annually to maintain current service levels.