Mike Lindblom wrote a pretty decent story on the idea of gondolas in Seattle. Unfortunately the headline touts the gondola as a solution to a “traffic mess,” which plays into the narrative of transit as a means to improve the flow of car traffic. Most of us view transit as a way out of auto dependence, not a way of making our car commute faster. Nevertheless, the article gave fair play to what might seem like an outlandish mode of travel for Seattleites. 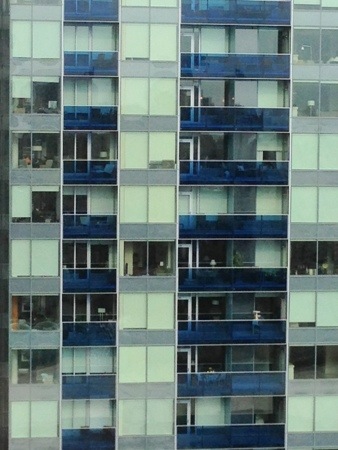 But there’s another big issue for innovative transit solutions like gondolas: supply and demand. In order to create the demand that would support lots of transit innovation, we need to aggregate that demand geographically. That means dense, compact development patterns.

I’ve pointed out before that when we disperse demand, we end up increasing the costs to operate transit, a cost soaked up by government subsidy. When we have lots of people in one place, it’s more efficient and cost effective to get them where they need to go and back again.

I love the gondola idea. But if we’re going to create more transit supply (which can be expensive to build), we need to work on the demand side too. Seattle and the surrounding region has a tendency to forget that while modes are important (BRT, light rail, monorails, gondolas etc), there must be adequate, dense demand to make them competitive with driving.

With housing, we fuss about price while at the same time, restricting supply – we need to do the opposite. With transit, we’d also have better outcomes for affordability if we allowed more density. In the case of housing, increased supply has a salutary effect on price, while in the case of transit, an increase in demand has a similar salutary effect.

Density solves the demand problem for transit, concentrating it in fewer places, creating efficiencies and even competition between modes and innovative solutions (think about all the car sharing going on for profit!)

Gondolas in Seattle? Absolutely! But don’t forget the density.

11 Replies to “Housing and Transit: Supply and Demand Works for Transit Too”