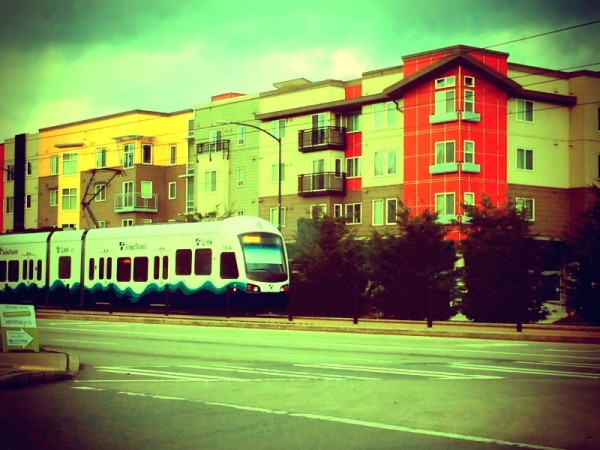 Last week Seattle Councilmemer Richard Conlin said something that made perfect sense to me:

We may not be as successful if we devote our resources into the new housing in a very hot neighborhood in producing as much help for people who need affordable housing as if we focus our resources on, say, along the light rail line in Rainier Valley, where there is easy access to some of those jobs and where there are lots of great communities, such that can be built up there. It is a matter not so much about, say, everything there and not here, but what is where is the most effective way in which to deploy the resources that you might be able to have, which we know we can’t create all the affordable housing that we would like to have. The government efforts are not possible to do that. So we have to figure out where our resources are most effective.

Councilmember Conlin was talking about South Lake Union when he was referring to a “hot neighborhood.”

Here’s the reaction to Conlin’s comments from a couple of advocates quoted by Dominic Holden in the SLOG:

Philippa Nye, of Ally Community Development, was the first to speak at a comment period, denouncing the idea: “Having everyone commute from Rainier Valley or Rainier Beach feels like housing segregation to me.

She was hardly alone—I heard from several people this week. “Having council suggest redlining and segregation is part of Seattle’s future makes my stomach hurt,” says Rebecca Saldaña, a program director of the housing advocacy nonprofit Puget Sound Sage.

What’s odd is that Saldana’s group Puget Sound Sage produced a report on light rail in the Rainier Valley that said this:

Something seems wrong with Saldana’s reaction.

First of all, I heartily disagree with the Puget Sound Sage report that, not withstanding the bizarre assertion I’ve quoted, treated light rail in the Rainer Valley as an impact, something bad that needs off setting. It’s no such thing. On the contrary light rail is a boon for the Rainer Valley, otherwise why would Puget Sound Sage be demanding to tap in to what they would acknowledge is the economic largess created by it: jobs, customers, and more access to housing near transit.

But let’s say Puget Sound Sage wasn’t wrong about light rail in the Rainer Valley. Let’s say that light rail was making things more expensive there as they assert. Why wouldn’t they want the big taxes the Council is going to charge developers to go to affordable housing in the Rainer Valley, where they say people of color are being priced out, instead of going to support subsidies for people who earn over 60 percent of Area Median Income who want to live in South Lake Union?

The truth is that Puget Sound Sage and their allies are simply wrong on this issue and wrong on light rail. As long as the Council is going to tax new development in South Lake Union (something I’m totally against), why not send those dollars where they can go further, supporting a diverse neighborhood and the organizations that are trying to serve people in those neighborhoods with affordable housing.

I think Richard Conlin is right on as far as this point goes. I don’t think we should tax new housing development in South Lake Union at all; we should be supporting the building of more housing. But as long as we’re going to tax new housing in the name of offsetting the impacts of new housing by subsidizing more housing (talk about bizarre), we should be doing it where it’s cheaper to build and where lower incomes can be served. The added bonus of the Rainer Valley is that the dollars could go even further by leveraging the access to billions of dollars of investment in regional light rail.

52 Replies to “Conlin is Right On the Money”