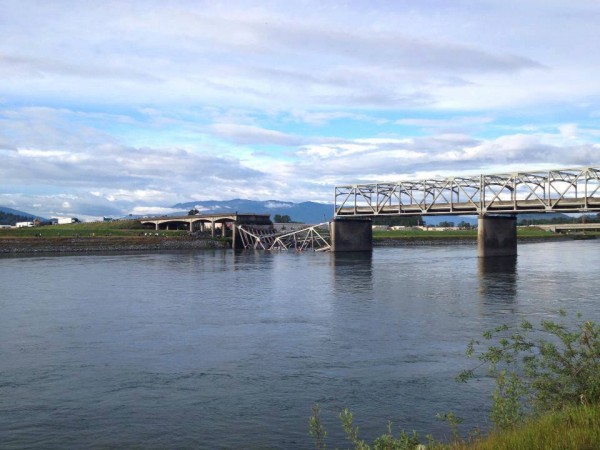 The I-5 bridge over the Skagit River in Mt Vernon has collapsed.  Information is sketchy at this point, though multiple outlets are confirming vehicles in the water.

UPDATE 7:10 AM: Seattle Times has more details. Briefly: No deaths; the proximate cause at this point appears to be a strike from an oversize load; and the bridge will be closed for “weeks”. The bridge had an FHWA “sufficiency rating” of 57 out of 100; to put that in context, the Alaskan Way Viaduct has an SR of 9, and the old South Park Bridge had an SR of 6 when it was finally closed by the County. This Times article has a good discussion of FHWA bridge ratings in the area. — Bruce

118 Replies to “Breaking: I-5 Collapses in Skagit County”