How many of you were riding Link on this day in 2009?  From the ST Press Release:

Sound Transit’s Link light rail celebrates its fourth birthday today amid continued strong ridership growth and record-setting trends this summer. The line has carried more than 30 million riders since it opened to the public on July 18, 2009.

Link has seen double-digit annual ridership growth since opening and averaged almost 32,000 weekday boardings in June, a 14% increase over June, 2012. Link also saw its busiest day ever when it carried more than 38,000 riders on Tuesday, June 11.

Great news to share on a birthday!  While a bunch of wonks like us can debate anything to death, I think we can all agree that Link is leaps and bounds better than any service this area has ever had.

Four years from now we’ll be a year past U-Link opening and only four more years to the opening of North Link.  That itself is exciting to think about. Here’s to the next four years and the next forty!

The below numbers come from the normal monthly ridership report for May but the charts underneath the fold include June estimates for Link. 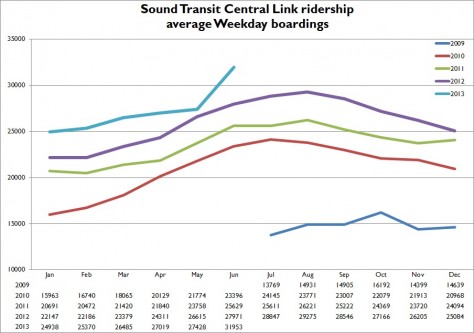 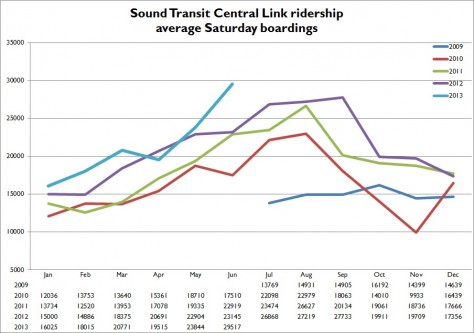 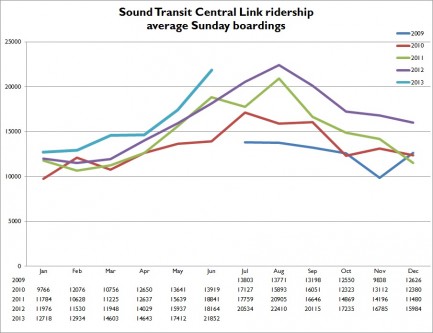 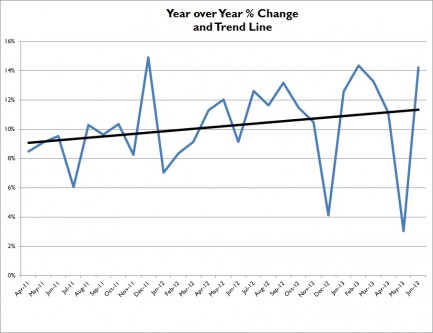