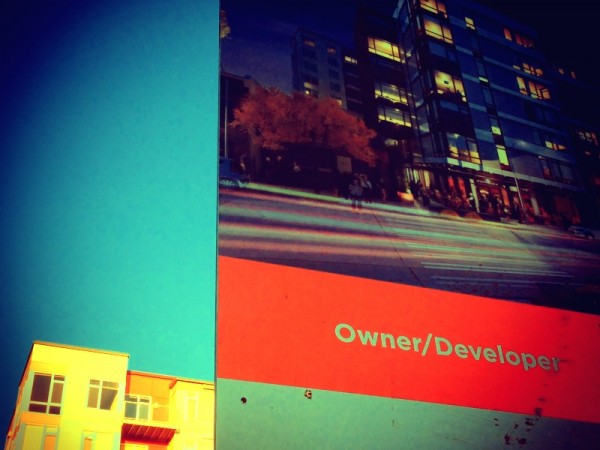 A recent report by the Harvard University and the University of California, “The Economic Impacts of Tax Expenditures: Evidence from Spatial Variation Across the U.S.” has been getting a lot of attention in the press (check out Paul Krugman’s take on the study) lately for a report with such a wonky title.

For those of us in the various theaters of the land use war in Seattle there is one paragraph in the summary of the study that should get special attention:

In particular, areas with a smaller middle class had lower rates of upward mobility. In contrast, a high concentration of income in the top 1% was not highly correlated with mobility patterns. Areas in which low income individuals were residentially segregated from middle income individuals were also particularly likely to have low rates of upward mobility.

At first reading, this might seem to bolster the argument that some make for something called “inclusionary zoning,” a requirement that private developers should build price controlled units into their market rate projects. The basis of that argument is that greater mixing of income levels should be required and achieved through setting and controlling housing prices of a set aside number of housing units.

Notwithstanding the questionable nature of this strategy—that controlling the prices of a few hundred units of housing is the way to achieve economic diversity and upward mobility for the poor in a neighborhood or city—the study should be carefully considered for its implications on this discussion of normative housing price in Seattle.

Some might argue that this is “proof positive” that lowering housing prices in new development will result in greater economic integration and thus result in greater upward mobility for people with lower incomes. But let’s reverse the logic of that argument; gentrification (a term that stubbornly resists a quantitative definition) itself is a kind of inclusionary strategy. Why not move people with higher incomes into lower income neighborhoods? Wouldn’t that also be a salve for economic pain in low income neighborhoods? And gentrification or displacement is a watchword in any discussion of the so called impacts of light rail in the Rainier Valley.

It does make sense to push all income levels together. The study validates the idea that when low and middle income people are desegregated everyone benefits. But what’s the best way to do this? Obviously it would be to support land use policies and zoning that would allow lots of different kinds of housing to be built in close proximity. It’s called density. To use exaggeration to make a point, it means condos in the Rainier Valley and microhousing in Laurelhurst.

But this is the very thing that Seattle struggles with. When developers find a new market for their product, like smaller houses or apartments, it is these innovations are resisted by neighbors as out of scale or inappropriate. These innovations block views, make noise, add more people, and, neighbors fear, ruin the neighborhood, and threaten the financial investment of the people that “got there first.” When neighbors in Seattle fight new approaches to housing, they are fighting diversity of incomes, whether they are opposing cheaper units in upwardly mobile neighborhoods or upwardly mobile people moving into lower income neighborhoods.

I’m not suggesting that a deregulated market will build housing for everyone everywhere. Let me be clear: almost every other product in the United States receives some kind of subsidy. Through our tax codes and outright grants we generously subsidize all sorts of enterprise we believe will result in public benefit. Housing is no different and it should continue to receive taxpayer support. However, we need to be smart and less sentimental in how we tip the economic scales of housing.We need to get our definitions, social engineering and subsidies right. A good place to start would be public funding focused on housing for people who can pay little or no rent for their housing.

If the study reveals anything, it is that we should be encouraging economic desegregation with fewer rules and regulations, supplying the demand for housing with innovative development models, and supporting, when necessary, the effective use of subsidies for people with the smallest amount of purchasing power for housing. If we are truly determined to lower housing price in Seattle we will build more housing. If we really are concerned about supporting upward mobility for people who struggle to make ends meet, we’ll welcome them into our city by giving them more choices and helping them pay their rent, in whatever type of housing they choose to live.