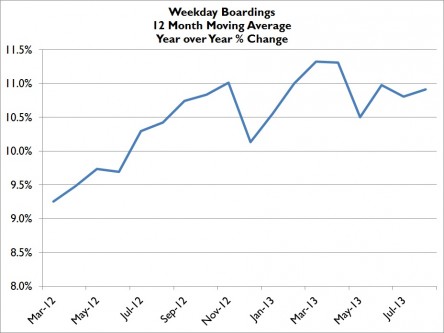 Link has seen double digit weekday ridership growth ten out of the past twelve months, and year to date total ridership is up 11.2% compared to August of last year. 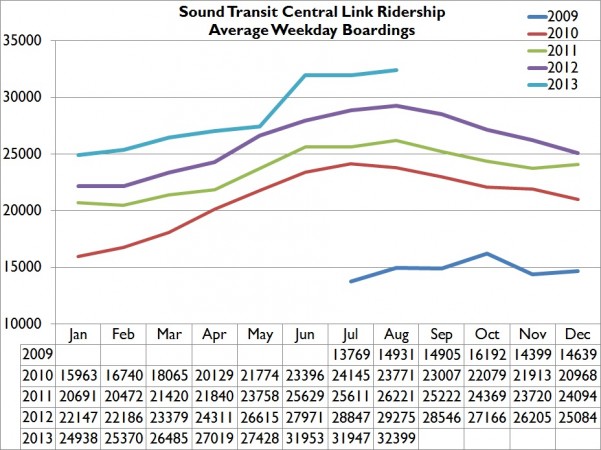 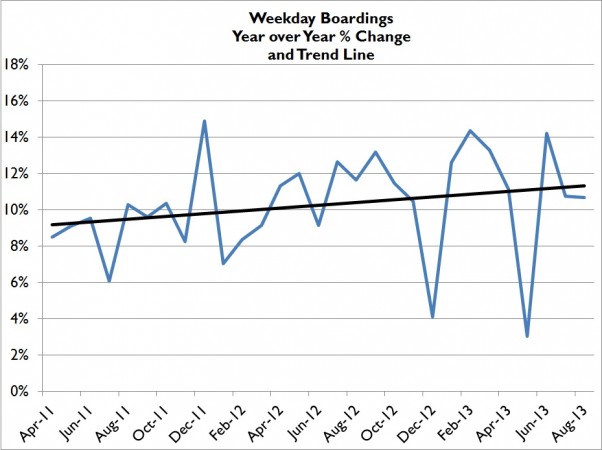 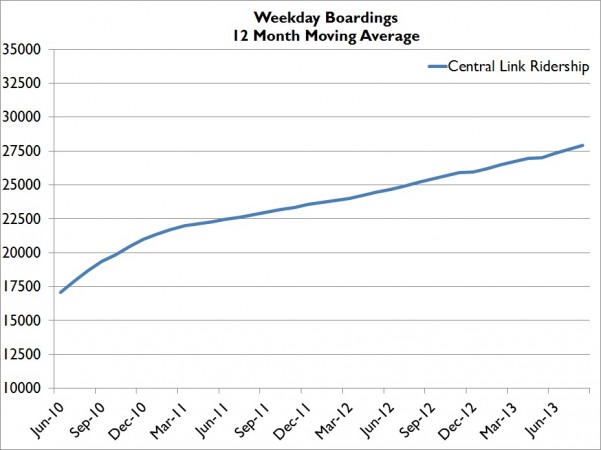 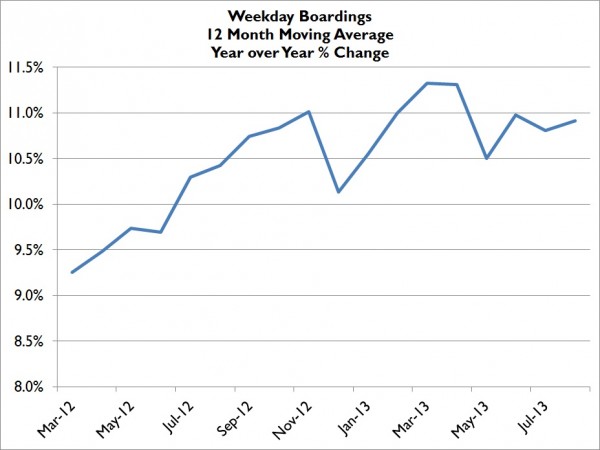 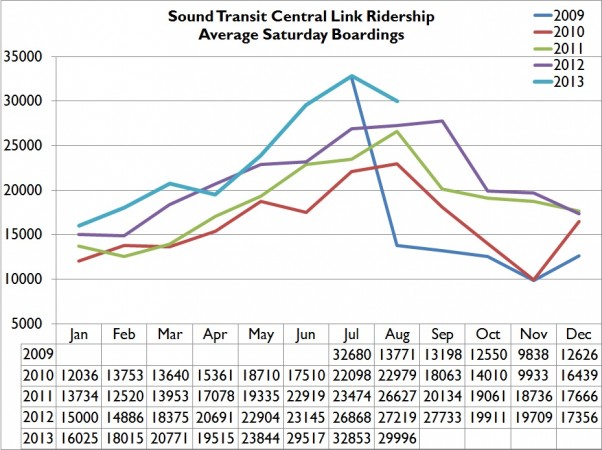 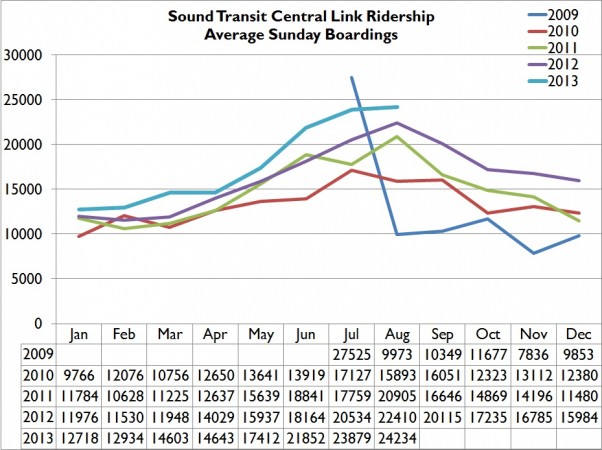