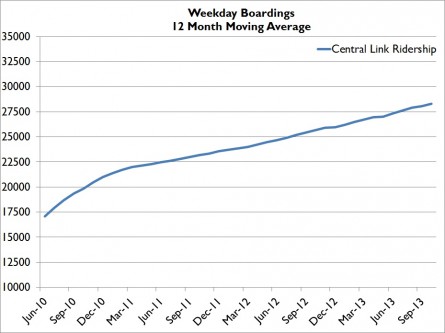 October’s Central Link Weekday/Saturday/Sunday boardings were 30,423/21,058/22,200, growth of 11.6%, 5.8%, and 28.8% respectively over October 2012. Sounder’s weekday boardings were up 2% (up 2% on the South Line, North Line was almost the same as last year).  Total Tacoma Link ridership was down 5.8% with weekday ridership declining 6.2%. Weekday ST Express ridership was up 6%, with most growth occurring on Crosslake, South King and Pierce routes. Complete October Ridership Summary here.

Link has seen double digit weekday ridership growth nine out of the past twelve months, and October year to date total ridership was up 10.7% compared to October of last year. 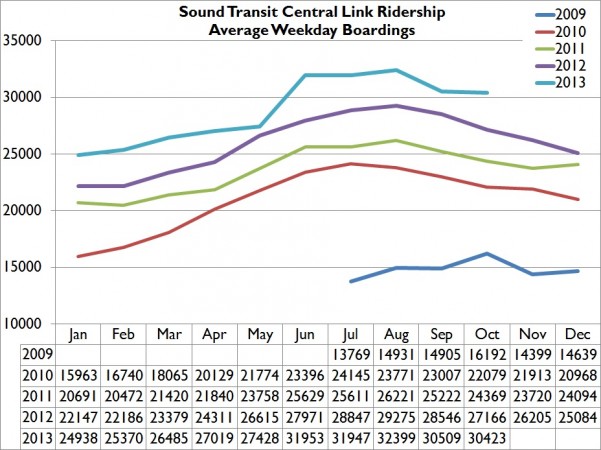 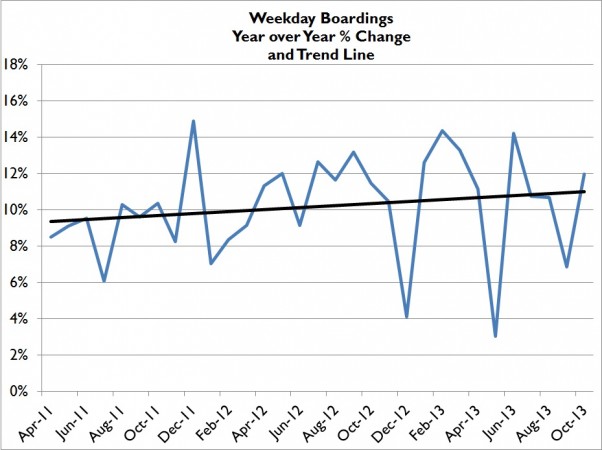 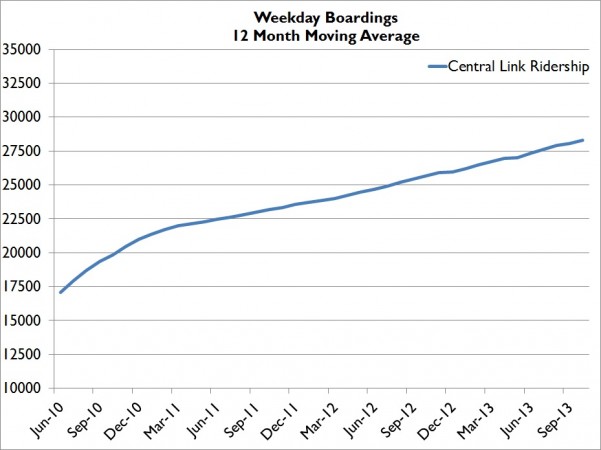