Bruce recently wrote about the “cheaper, brighter future of American passenger rail” thanks largely to the relaxation of rules that will allow lighter rolling stock on conventional tracks. While the rule change doesn’t come close to solving all of the problems of U.S. passenger rail, allowing lighter trains does go a long way to reducing costs and improving service on legacy tracks. Last Thursday, the Massachusetts Department of Transportation released an exciting 5-year capital plan that would invest $252 million in Diesel Multiple Unit service.

The MBTA commuter rail’s 12 lines serve a ridership of roughly 140,000 each weekday. Even though there is already mid-day service on all lines, they are not nearly as useful as they could be. With the exception of a few stations such as Porter Square, the commuter rail interfaces awkwardly with the MBTA’s rapid transit lines, and the system has very few useful infill stations. Crosstown connectivity is notoriously terrible citywide, and many inner neighborhoods are neglected, including Allston-Brighton, Dorchester, Chelsea, and Lynn.

Enter Boston’s 2024 vision: in addition to implementing DMUs on upgrades already underway – such as the Fairmount Line in Dorchester, a shuttle train from Back Bay to the Convention Center, and the new Boston Landing station planned for New Balance’s headquarters in Brighton – the plan calls for creating Boston’s version of the London Overground: DMU service to Chelsea and Lynn on the Newburyport/Rockport line, and to Medford, Winchester, and Woburn on the Lowell line.

Even more ambitious are proposed new interfaces with subway lines, with a branch from Auburndale to the D-Line at Riverside, and a new line between North Station and Boston University via MIT (though this would require expensive upgrades through Cambridge to be useful). Meanwhile, traditional heavy commuter rail would continue at the outer stations but would run express through the new DMU lines. 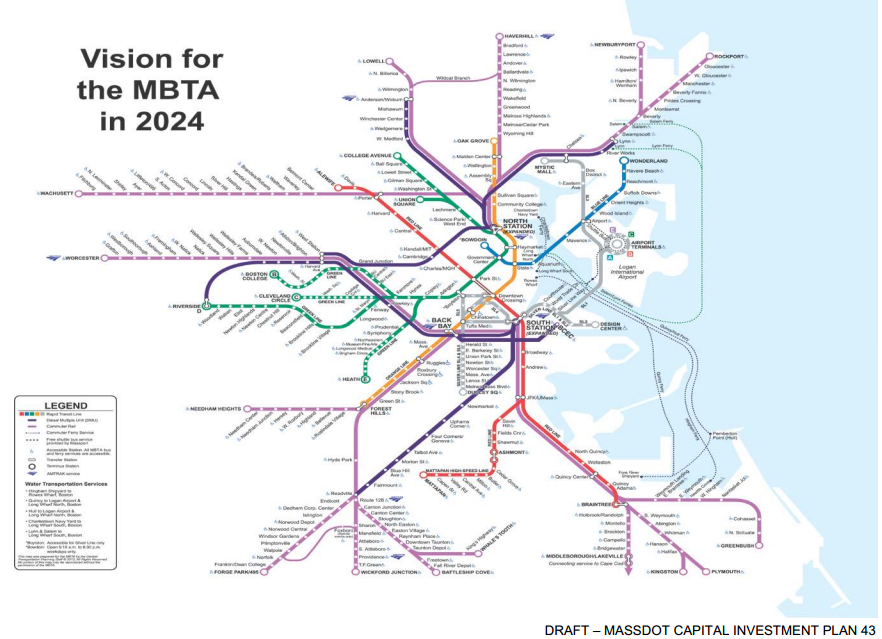 Stay tuned for a post from Bruce on applying DMUs in our local context.