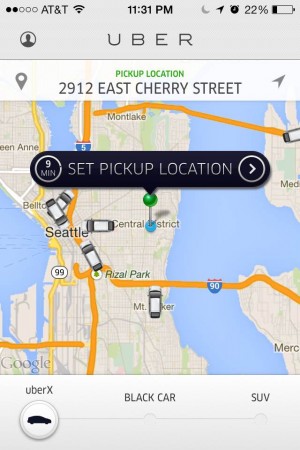 While Seattleites are both generally dissatisfied with traditional taxis and broadly impressed by TNC innovators such as Uber and Lyft, their highly disruptive market entry has left everyone scrambling to catch up. With a year of study and process coming to a close, the City Council mostly agrees on a set of regulations to provide common standards for insurance and safety. The more fundamental policy question – whether the Council should regulate supply – has sharply divided the normally consensus-driven council. The working proposal calls for caps of 300-600 drivers (an 80% or 40% cut from estimated current supply, respectively). Though the entire special committee (Clark, O’Brien, and Harrell) supports market caps, those who oppose caps (Bagshaw, Burgess, and Rassmussen) are taking their arguments public.

First up was Councilman Burgess, writing a thorough blog post last Friday on the issue of caps:

Moreover, the TNCs have quickly changed what’s possible in the dispatch market and have done so with much higher customer satisfaction rates, according to a City-sponsored survey.

Given the market dynamics discussed above, I favor removing limits on vehicles and drivers in the dispatch market for the two-year pilot program being proposed.

This would seem to be a great compromise. Refusing to cap TNCs would greatly expand vehicle availability and protect a culture of innovation, while preserving  hailing rights for traditional cabs (and partially expanding those rights to for-hires) helpfully limits the inefficiencies of trolling for fares.

Next was Sally Bagshaw on SLOG last Monday:

Caps impose inappropriate limits to the growing rideshare industry, and unfairly reduce job opportunities for current and interested new drivers. Caps will slow the growth of burgeoning rideshare opportunities and frustrate those of us who want to get around our city without a car.

Caps compromise our ability to experiment within the marketplace to see how great the demand is for transportation alternatives. Data shows that a significant percentage of Seattle residents would love to live car free, if fast response time for rides were consistently available. Let’s see how fast we can make it.

Rather than mandating artificial limits, Seattle should take full advantage of all available technology to respond to consumers’ transportation needs.

With the divided council leaning 6-3 towards arbitrary supply caps, Mayor Murray has been a source of hope for transportation advocates, stating quite clearly that while he supports common sense safety and insurance regulations on TNCs, he believes they are an asset to the city and does not want to see caps chase out this public good. Whether or not he would oppose the council if they coalesced around a cap (perhaps Clark’s proposed compromise of 600) is unclear.

Hopefully with a couple more weeks to consider the various options and possible repercussions, the council and mayor can work out a path where these needed regulations on insurance and safety are implemented but innovation and mobility are not cut off at the knees.