With no major projects opening I don’t think anyone expected 2013 to be a huge year for Link.  Everyone was wrong. In the fall it was revealed that the University Link extension to Capitol Hill and Husky Stadium will likely open 6-9 months ahead of schedule and $100 million under budget.  And now we know Link’s ridership grew 11.3% over the year.  It was projected that Link would average 27,900 weekday boardings in 2013.  When it was all said and done the number turned out to be 28,953.  It’s hard to imagine how this past year could have been any better for the young system. 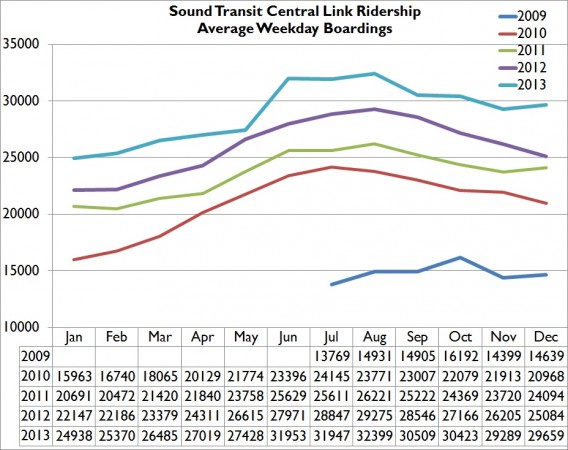 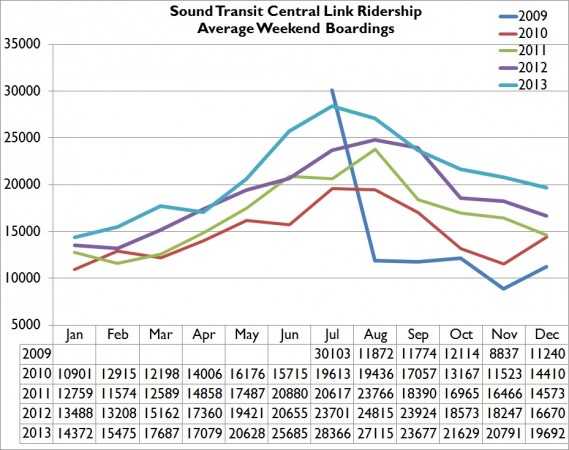 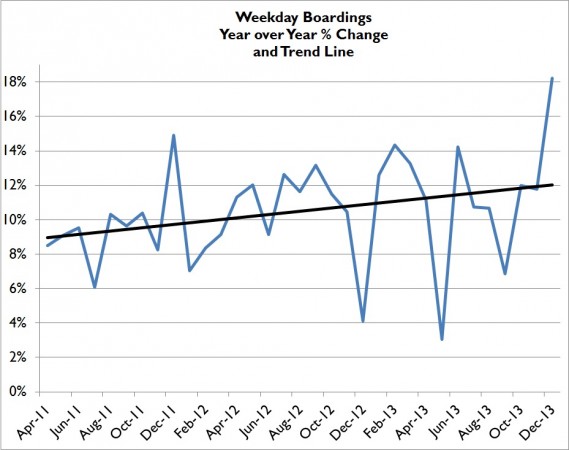 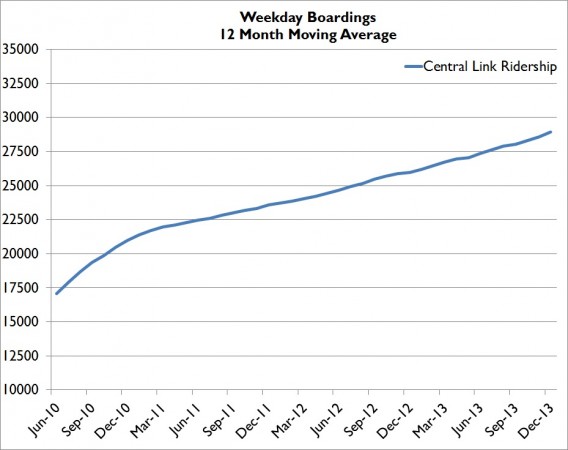 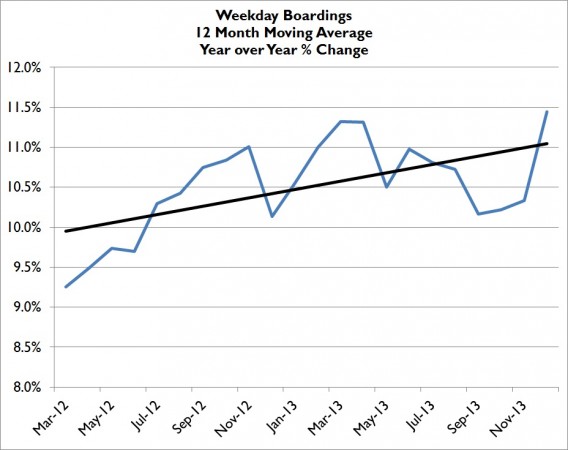