On Wednesday Sound Transit invited media to see the 365 foot long gantry being used to construct the guideway between SeaTac/Airport Station and the future Angle Lake Station. The 400 ton gantry hoists pre-cast concrete segments, each weighing 35-45 tons, in to place. The spans between columns are typically 150 feet long and a crew of 12 can be construct a span in 2-3 days. Approximately 80% of the columns in the 1.6 mile extension have been constructed to date.

The spans shown in the photos here are the two southernmost ones. Angle Lake Station will be a center platform station, so two separate spans come out of the station and merge in to one, which will eventually continue to Kent/Des Moines Road.

In August, construction will begin on the 1,050 stall garage, sited just north of the station.

In a somewhat related story, SeaTac’s Cell Phone Lot moved last week to a location on S 170th between the Airport Expressway. The lot has 200 spaces, up from 130 and trades mediocre tarmac views for a panorama of the Airport Link extension alignment.

More photos below the jump. 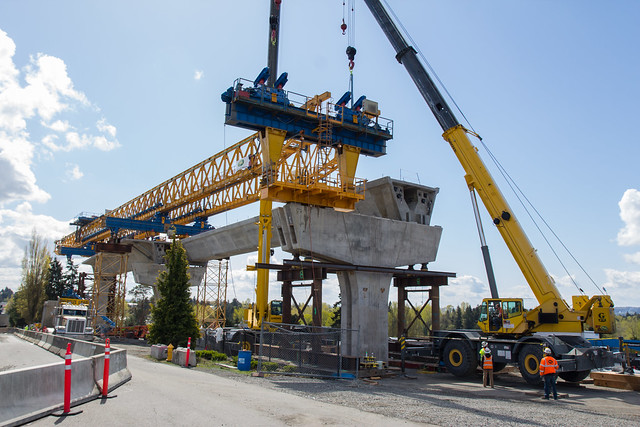 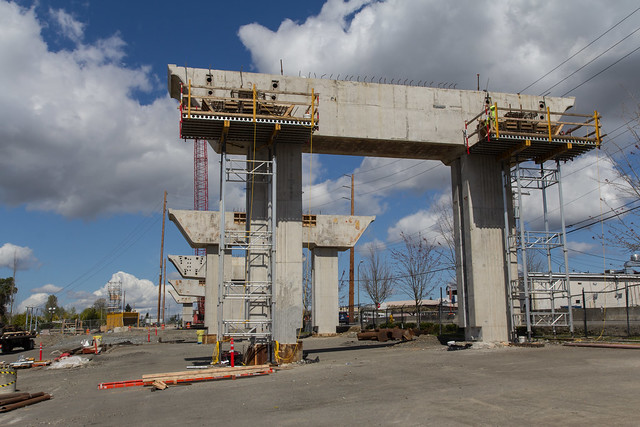 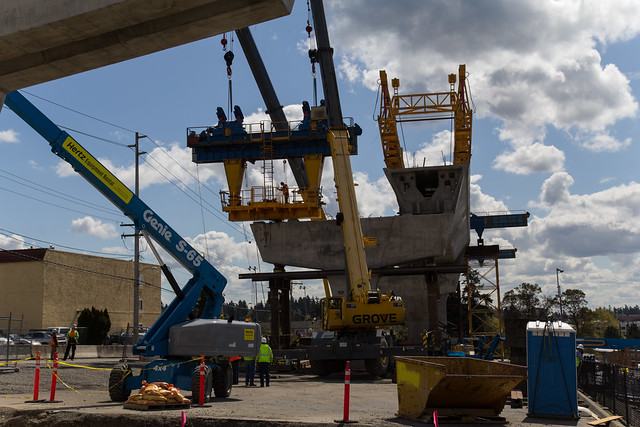 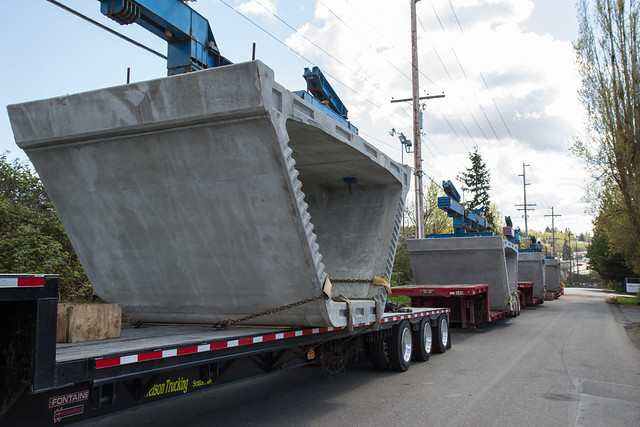