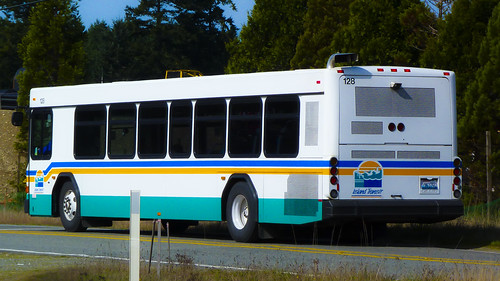 Although not in receipt of the audio yet from the August 22nd Island Transit Board Meeting, initial reports and a review of Island Transit’s 6-year Transit Development Plan (TDP) indicate Island Transit has a dangerous dependency on grants and a debt problem.  A review of the TDP indicates for 2015 alone budgeting for $3,174,612 in state & federal grants out of budgeted revenue of $12,350,648 – for a whopping 25.7% grant dependency.

This is also an agency with $739,149 in budgeted 2015 debt service costs.  So if, say, the State of Washington doesn’t grant the projected $600,000 or the Federal Government decides not to grant the projected $685,000… or if the $1,889,612 in “transit allocation grants” are below budget… or if the interest goes up on the debt for a multitude of reasons… then transit service is going to be in trouble.

According to the Whidbey News-Times, Island Transit Boardmember Jim Campbell reiterated his concerns given recently to the Oak Harbor City Council about Island Transit’s fiscal planning stating, “Something can go to hell in a hand-basket real fast. We don’t have a plan if it fails.”  With a 25.7% grant dependency and most if not all grants requiring matching funds, something can go to hell.  As Island Transit Executive Director Martha Rose is attributed as saying, “At least one of those grants can’t be applied for until November and is not completely guaranteed.”

IT is seeking these grants under the assumption of only a $600,000 match in 2015.  See page 3 of Island Transit’s TDP.  Imagine if those grants require more matching funds or other items – such as a forensic audit – that will stress Island Transit’s budget?

Also, grants can be denied.  The downfall of Island Transit began in no small part because the Camano-Everett Connector grant was not renewed. While a great Republican advocate for transit, Representative Dave Hayes, fought nobly for the grant, it was intended to be start-up – not operating – money.  In his op-ed, Representative Hayes stresses that Skagit Transit’s county connectors will operate regardless of state legislative activity or inactivity.  Food for thought.

Perhaps as one attendee, a Facebook blogger at Common Sense wrote, “It is clear that there is no sure plan in place to recover fiscal stability. In spite of Ms. Rose repeatedly claiming that she is completely optimistic that we have a clear path ahead of us and should be able to re-establish our reserve funds, pay off our $2.3 million in debt, re-establish jobs and routes that have been or will be cut, we should see a complete reversal of our current problems, as soon as September 2015.”  In short, Island Transit is too grant-reliant and now is in a deep fiscal hole with a ladder made of hope.

Ultimately, Island Transit is in a deep fiscal hole of its own making.  Firing the Executive Director will not resolve confidence in Island Transit alone, as the Whidbey News-Times Editorial Board wrote on August 23rd – all Island Transit Board Members are to blame too and cannot shirk responsibility.  Not to mention the many transit users – me included – who did not keep tabs on our local transit agencies and sound the alarm about over dependency on grants.

[Editor’s Note: Island Transit did not reply to a request for comment prior on this post prior to publication.]