I’m going to say December. Looking at my charts, December of last year was when Link’s ridership growth really started spiking. Up until that point growth was pretty consistently averaging between 10 and 11 percent. Since then it’s been 5 points higher. What’s your prediction? 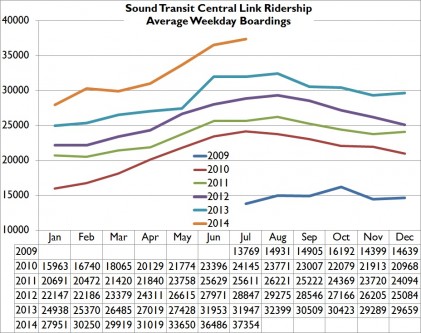 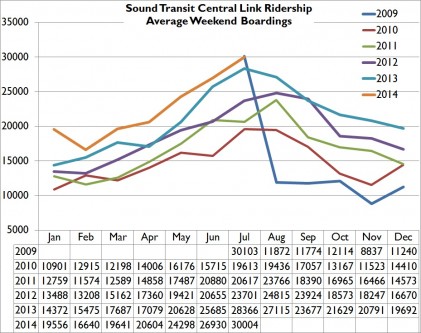 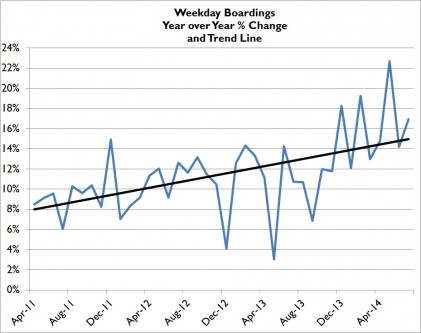 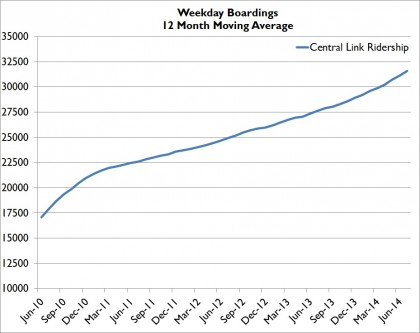 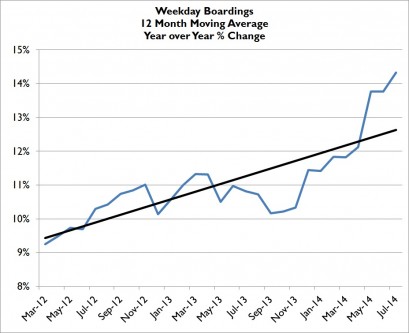