“You can’t serve the public good without the truth as a bottom line.”
Source: Carl Bernstein 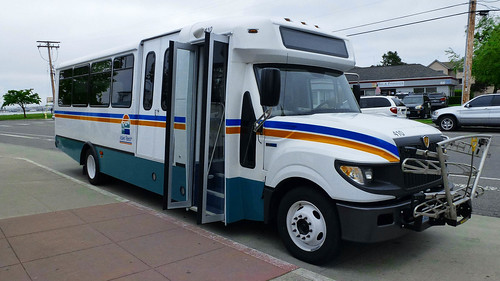 I post this Carl Bernstein (of Watergate fame) quote for a reason and I’ll get into why.  Thanks to Jeff Lauderdale of Citizens for a Better Island Transit going though the Island County Treasurer Reconciliation Reports, we have a good idea of Island Transit’s cash flow.  Below is the actual table:

For those of you who don’t do spreadsheets, let me put into text.  Feel free to ask for clarification…

Island Transit did not make any route or staff cuts to restore financial position until June 2014, after $2,100,000 of operating debt had piled up while the new Island Transit HQ was being built.  After the grants for the Camano-to-Everett Connector got veto’d by the State Legislature in part because Island Transit was supposed to find other sources of funding.

Island Transit has written up budgets with grants embedded into them, although it’s not legally required and has dug in against an alternative.  Only the City of Oak Harbor’s alternate Island Transit Boardmember Scott Dudley has forced the issue, getting an admission out of an Island Transit senior official, “Island Transit is not mandated to include potential grant funds in the budget, however, the majority of Island Transit’s Board is choosing to include these as a part of budgeting practice” (emphasis mine).

Island Transit’s excuse for a “budgeting practice” of writing “potential grant finds” into their budgets has been various grants require the grant moneys be written into a Transit Development Plan (TDP) budget to be given to the Washington State Department of Transportation (WSDOT) to apply for federal & state grants as per this WSDOT PDF.  Yet for the sake of convenience the TDP and the annual budget are merged.  One can only wonder what the State Auditor’s Office has to say about this business practice… and they will speak about the financial health of Island Transit on 24 October at 1000 Hours at Island Transit HQ.

Overall, we have an Island Transit that :

Meanwhile King County Metro is debating how much in reserves to hang onto with its Executive Director campaigning here at STB for hanging onto more reserves.  Two agencies run mostly by left-of-centre folks.  Just to help create some perspective.

A few editorial comments since this writer is part researcher, part editorialist: Perhaps we overuse references to Watergate in American culture, but quite frankly I sought a non-Heather Brooke quote in part to protect the luster of Heather “Newsbrooke” Brooke being used in my mastheads and in part because truth has not been the bottom line out of Island Transit’s senior leadership.  Multiple Island Transit employees have reported a culture of intimidation.   Efforts were made to opaque the coming State Auditor’s Office Exit Conference with Island Transit.  Island Transit has always budgeted with grants embedded into the budget so if they vaporized there was no “Plan B”. Island Transit leaders also did not advise the media when the Camano Connector was cut as both the Stanwood-Camano News & Whidbey Newsgroup have reported. Island Transit executive leaders did not advise or consult with the Island Transit Board either about making the second round of cuts (the 1st round being the Camano Connector to/from Everett) or deferring its insurance premium.  All bordering on if not untruthful and dishonest.  Yet somehow we’re supposed to rally the troops and fight the “Road Bullies” as I’d say come January?  Even I’m saying NO.

Frankly I wish my Whidbey neighbors had an Island Transit Executive Director write on STB as King County’s did, “The question of reserves is a legitimate policy issue and open to honest debate and one our customers are watching carefully as they make life choices based on what transportation system we can commit to over the long haul. … I am confident we can arrive at a solution that responsibly secures Metro’s present and future – so that when the economy changes, as we know it will, our riders won’t be left to wonder what’s going to happen to their bus.”